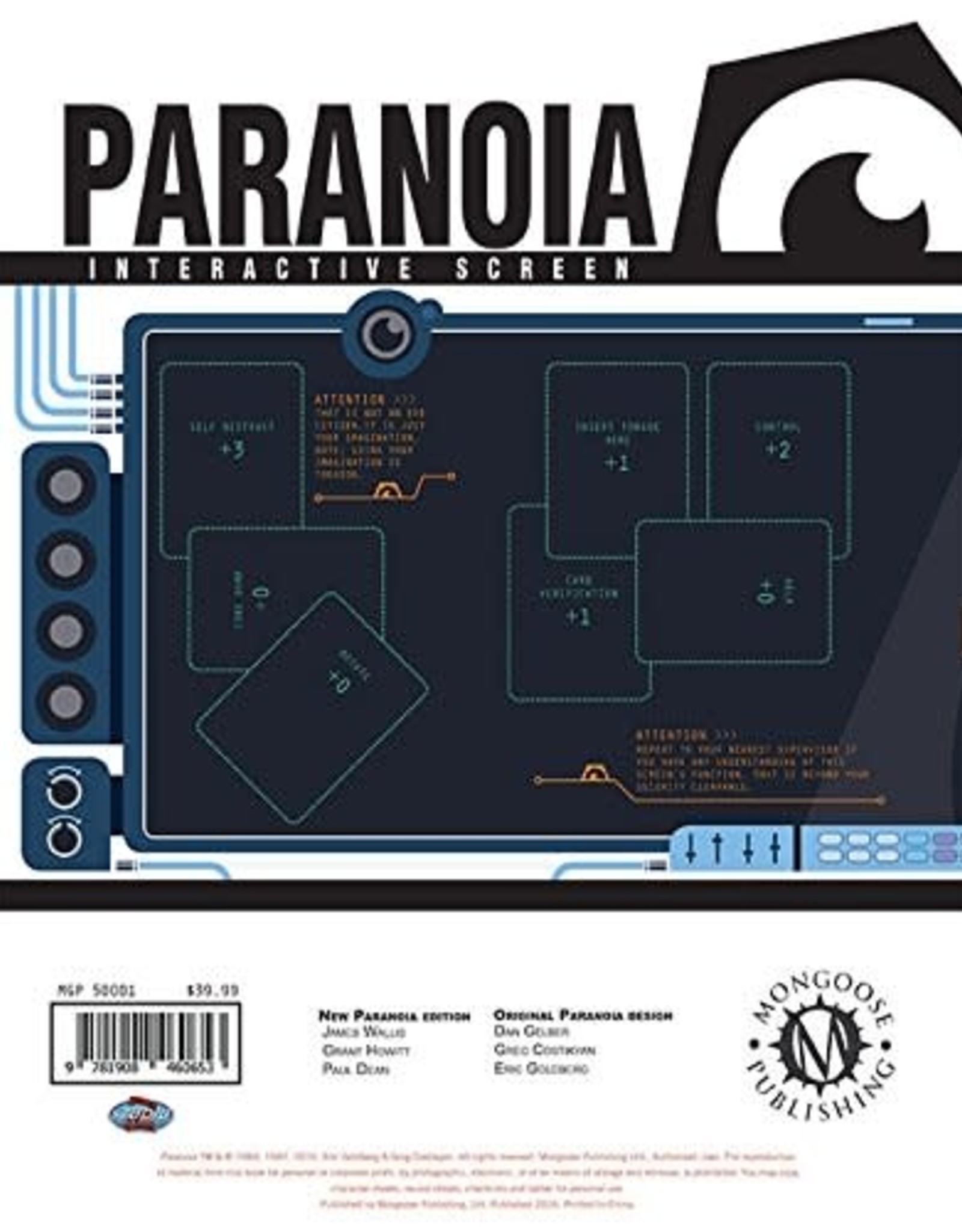 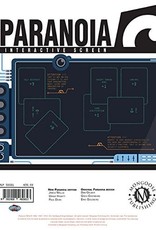 The PARANOIA(TM) INTERACTIVE SCREEN(TM) is an experimental but entirely safe device developed by those totally non-mutant geniuses over at R&D. How will it make you happy? * TOUCH SCREEN! It's entirely tangible. There is, actually, a piece of cardboard on the table, not just a hologram or social convention. * INTERACTIVE! Slam your Action Cards (TM) on the screen's ACTION SLOTS for SPECIAL BONUS POWERS! * DANGEROUSLY INTERACTIVE! Knock over the screen and win BIG PRIZES1 * SO STYLISH AND AWESOME, you'll think it's above your security clearance! 1 Prizes may include termination.