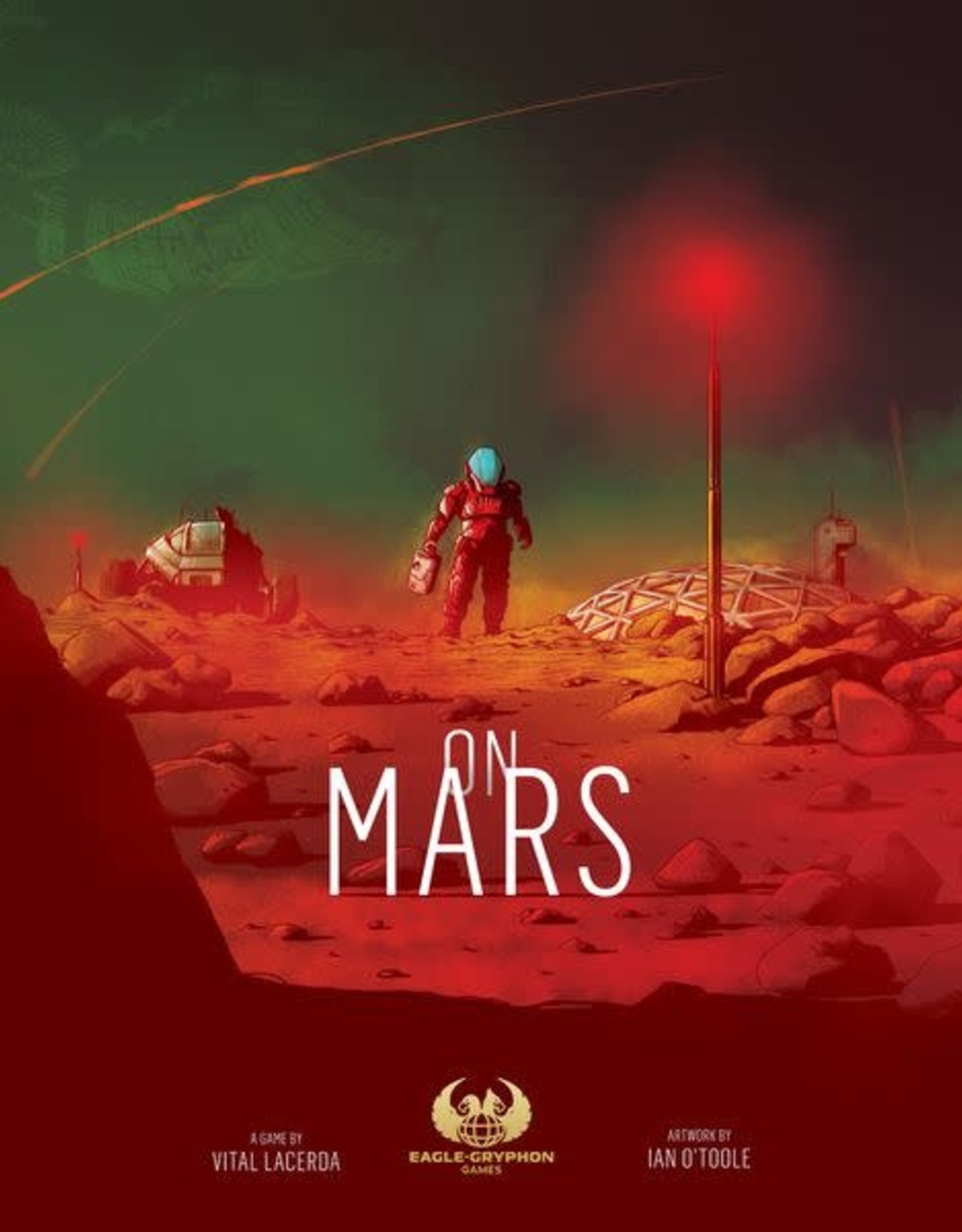 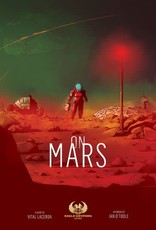 On Mars is played over several rounds, each consisting of two phases - the Colonization Phase ​and the Shuttle Phase​.

During the Colonization Phase, each player takes a turn during which they take actions. The available actions depend on the side of the board they are on. If you are in orbit, you can take blueprints, buy and develop technologies, and take supplies from the Warehouse. If you are on the surface of the planet, you can construct buildings with your bots, upgrade these buildings using blueprints, take scientists and new contracts, welcome new ships, and explore the planet’s surface with your rover. In the Shuttle Phase, players may travel between the colony and the Space Station in orbit.

All buildings on Mars have a dependency on each other and some are required for the colony to grow. Building shelters for Colonists to live in requires oxygen; generating oxygen requires plants; growing plants requires water; extracting water from ice requires power; generating power requires mining minerals; and mining minerals requires Colonists. Upgrading the colony’s ability to provide each of these resources is vital. As the colony grows, more shelters are needed so that the Colonists can survive the inhospitable conditions on Mars.

During the game, players are also trying to complete missions. Once a total of three missions have been completed, the game ends. To win the game, players must contribute to the development of the first colony on Mars. This is represented during the game by players gaining Opportunity Points (OP). The player with the most OP at the end of the game is declared the winner.