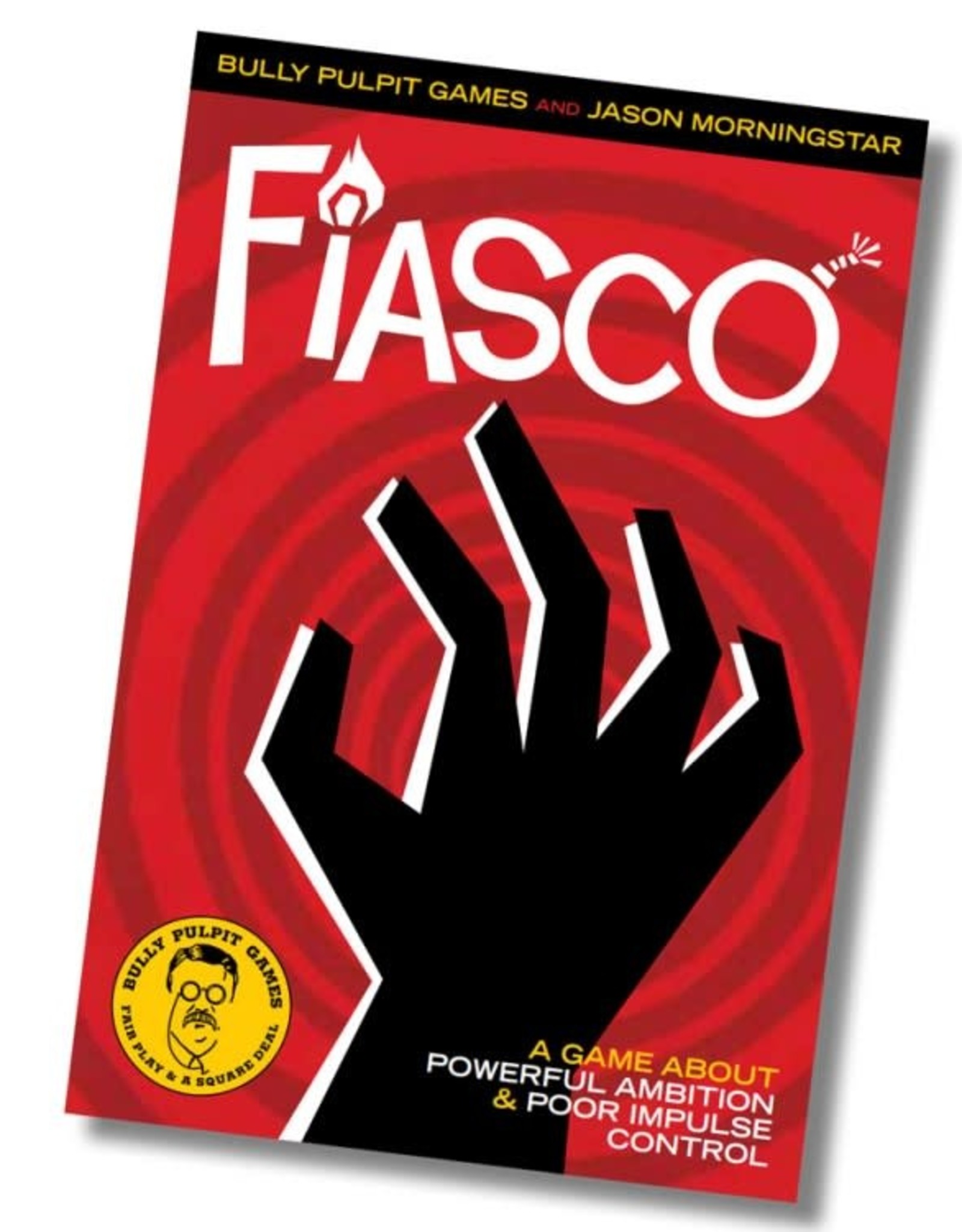 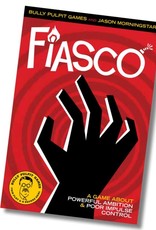 FIASCO is an award-winning story-telling game inspired by cinematic tales of small-time capers gone disastrously wrong. You’ll tell a story about ordinary people with powerful ambition and poor impulse control! Lives and reputations will be lost, painful wisdom will be gained, and if you are really lucky, you just might end up back where you started. You probably won’t be lucky.

The new edition of FIASCO was successfully funded on Kickstarter in the summer of 2019, and will be available in stores in early 2020.

FIASCO CLASSIC is the original, award-winning, GM-less game for 3-5 players, designed to be played in a few hours with six-sided dice and no preparation. During a game you will engineer and play out stupid, disastrous situations, usually at the intersection of greed, fear, and lust. It’s like making your own Coen brothers movie, in about the same amount of time it’d take to watch one.

THE FIASCO COMPANION is a supplement for Fiasco, including in-depth discussion of common pitfalls and solid techniques for making Fiasco games excellent as well as advice for writing your own Playsets and hacking the rules. In addition, the Companion features exciting rules variants, new Tilt and Aftermath tables, four new Playsets, an interview with John Rogers and a foreword by Wil Wheaton.