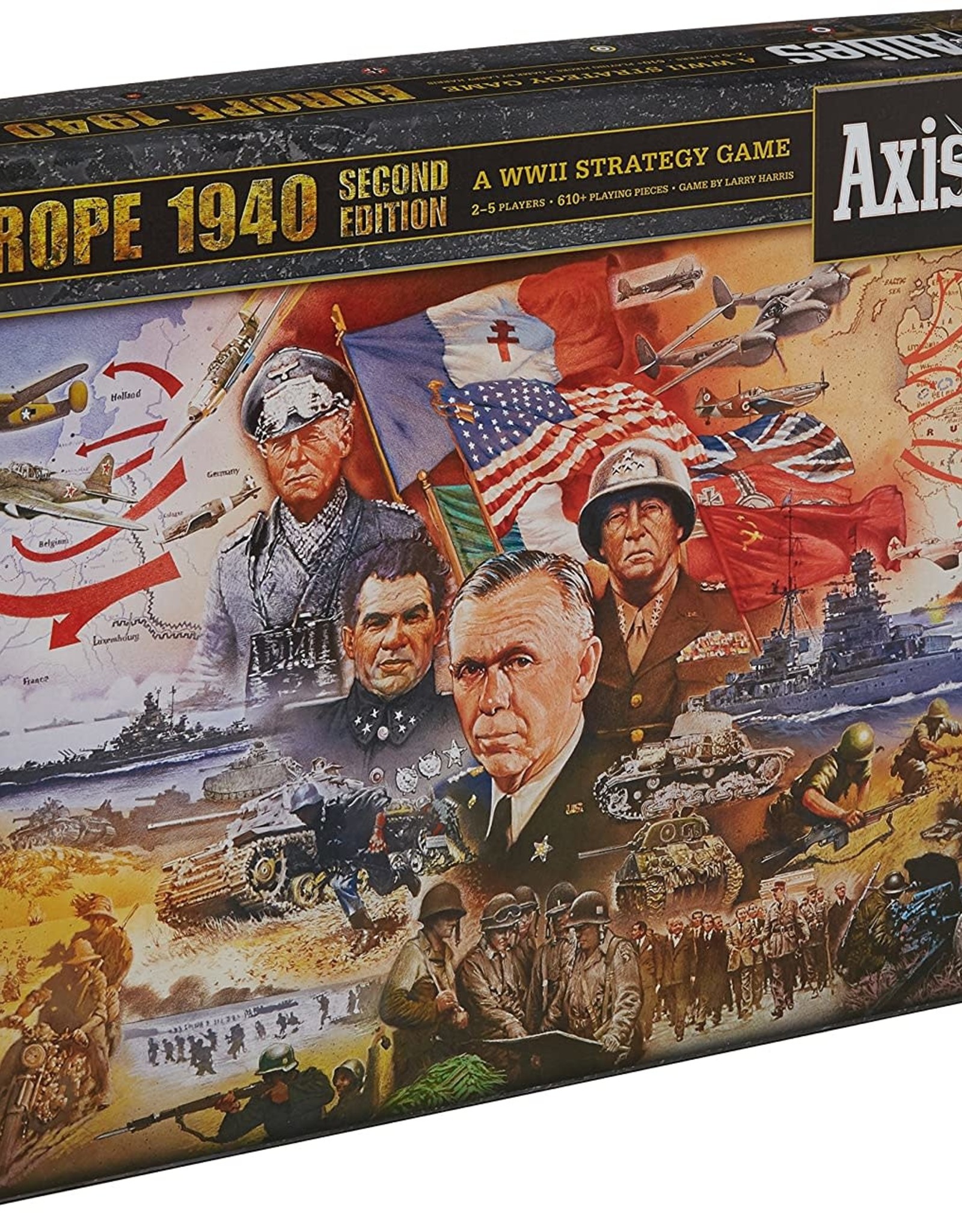 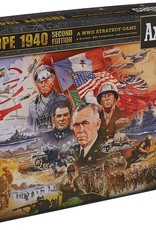 With the invasion of the Low Countries and the allied evacuation from Dunkirk, the German army is poised to march on Paris. Axis and Allies Europe 1940, designed and developed by Larry Harris, builds on the success of the acclaimed A and A Anniversary Edition. France appears for the first time in Axis and Allies and will represent a new playable ally. Italy will be included as a second Axis power along with Germany. The UK, USSR and the US find themselves vulnerable at this early and uncertain point of the war. Two new combat units that debuted in Axis & Allies Pacific 1940, Tactical Bombers and Mechanized Infantry, will also appear in this game. Axis and Allies Europe 1940 will feature an oversized board that measures 35” wide by 32” high. With over 550 combat units, deluxe game components and local storage boxes, this game will raise the standard established by A and A Anniversary Edition. All new rules for neutral nations, naval & air bases, and convoy disruption will add even more depth and historical accuracy to this giant game. Finally, this deluxe theater-level game is designed to play together with Axis and Allies Pacific 1940. Together these two games will create the greatest Axis and Allies experience to date, with a combined board measuring 5’ wide by 32” high and over a thousand sculptured combat units. Both games are designed to play alone or together to offer the 2-6 player global 1940 scenario, complete with weapons development, and national objectives.

A deluxe edition of Axis and Allies Europe. This game includes neutral countries which can be invaded. There are true neutrals as well as pro-axis and pro-allied neutrals. Mechanized infantry and tactical bombers are included. Mechanized infantry is represented by half-tracks. France (blue) and Italy (brown) have national tokens and dedicated units of their own. The board measures 35" wide by 32" high (89 x 81 cm). This game is designed to be joined with Axis and Allies Pacific 1940 to create a six player game on a map measuring 70" wide by 32" high (178 x 81 cm). This variant of the game is described in the Europe 1940 manual as Axis and Allies Global 1940. For 2 to 6 players. Play time of 210 minutes.