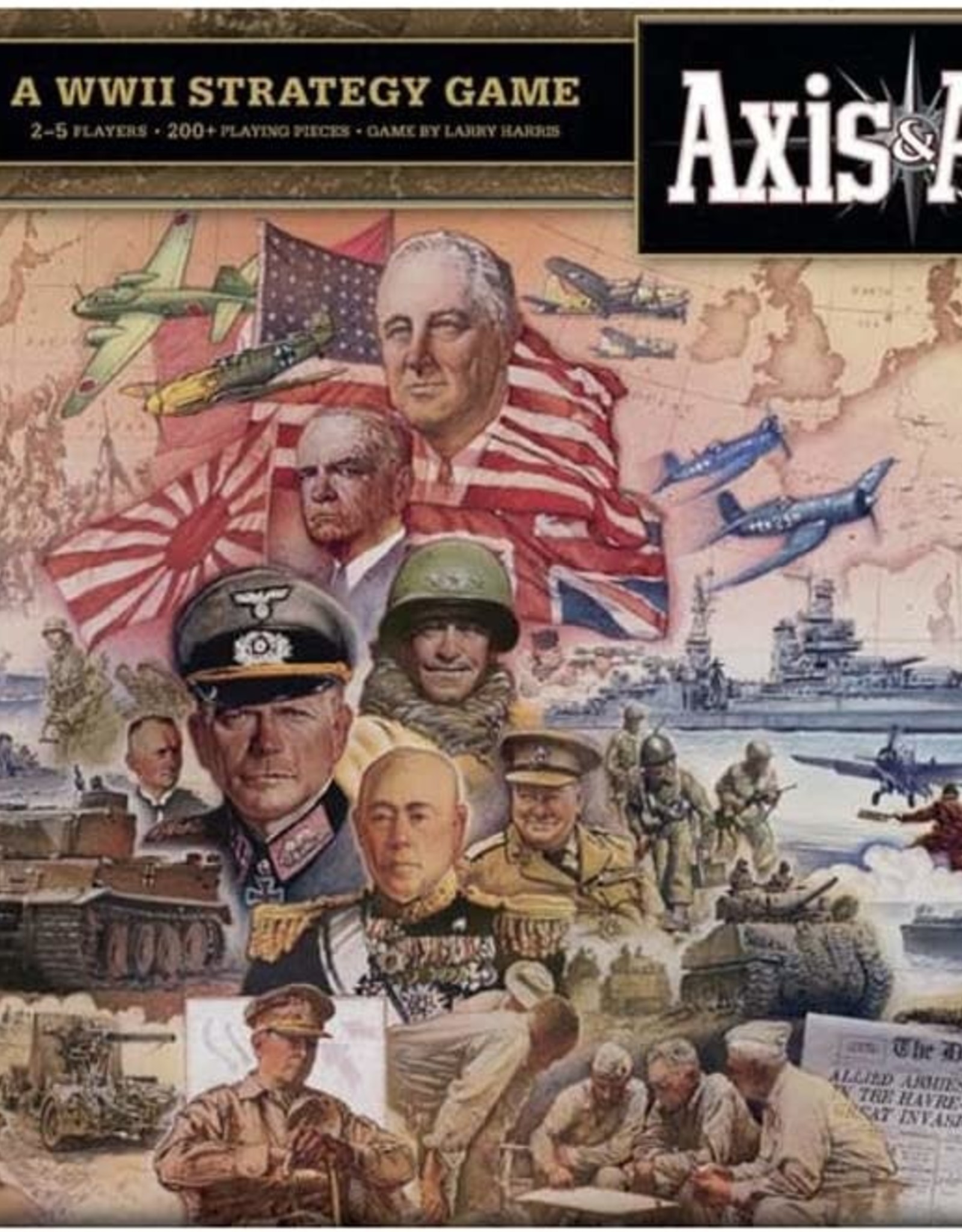 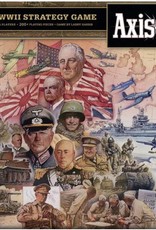 Axis & Allies is a series of World War II strategy board games, with nearly two million copies printed. Originally designed by Larry Harris and published by Nova Game Designs in 1981,the game was republished by the Milton Bradley Company in 1984 as part of the Game master Series of board games. This edition would be retroactively named Axis & Allies: Classic to differentiate it from later revisions. In 1996, Axis & Allies: Classic was inducted into the Academy of Adventure Gaming Arts & Design Adventure Gaming Hall of Fame. Games magazine also has inducted Axis & Allies into their buyers' guide Hall of Fame, an honor the magazine extends to "games that have met or exceeded the highest standards of quality and play value and have been continuously in production for at least 10 years; i.e., classics.

1941: THE WORLD IS AT WAR! Quick and Convenient: Axis and Allies 1941 is designed to be set up and played more quickly than any previous A&A game. In essence, this is a simplified A&A experience that will introduce players to the A&A mechanics and play style. Play time runs between 1.5 to 2 hours. Familiar Mechanics: This game utilizes the A&A game mechanics present in A&A 1942 2nd Edition, as designed by Larry Harris (the creator of the original game). New Units: A key feature for enfranchised players is an entirely new set of unit sculpts.