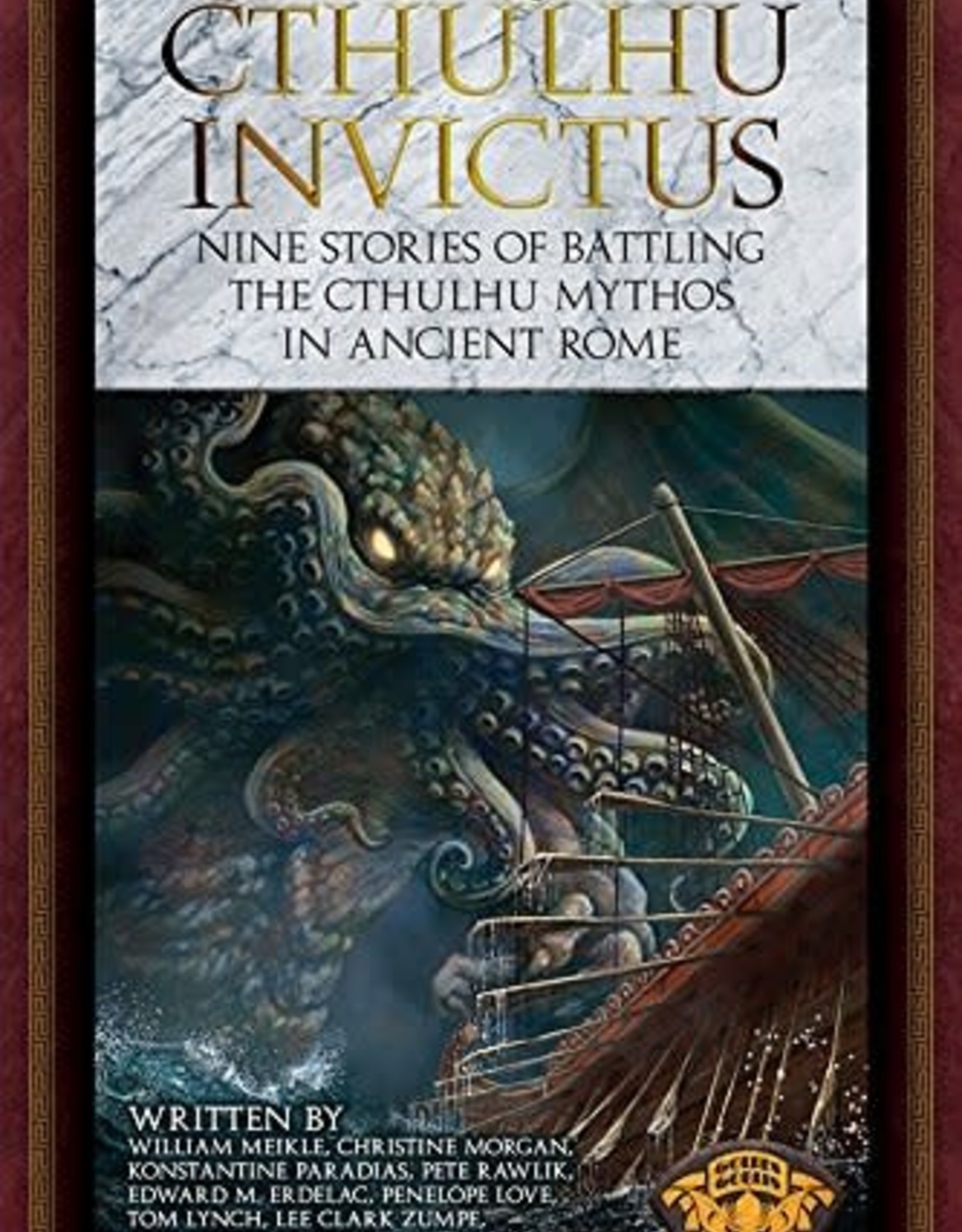 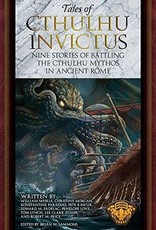 Long before ivy grew on the walls of Miskatonic University or the Deep Ones first came to Innsmouth, centuries before the mad Arab penned the dreaded Necronomicon, the malevolent powers of the Cthulhu Mythos plagued mankind. During the Age of the Antonines (96 AD–192 AD), when the Roman Empire was at the peak of its power, dark and unknowable forces were at work. Ancient wizards sought ways to cheat death, explorers stumbled on the remnants of alien civilizations, foul cults practiced unholy rites, and inhuman creatures sought to mix their blood with ours.
Across Rome's vast empire, a few brave men and women rose up to meet these threats for the greater good of mankind. They carried light into the darkness, dispelling a poisonous taint which grows best in the shadows. With steel and spell and burning torch, these heroic investigators of the ancient world defended their civilization from the fearsome powers of the Cthulhu Mythos. Golden Goblin Press is proud to offer up nine tales of their horrific struggles and sacrifices.