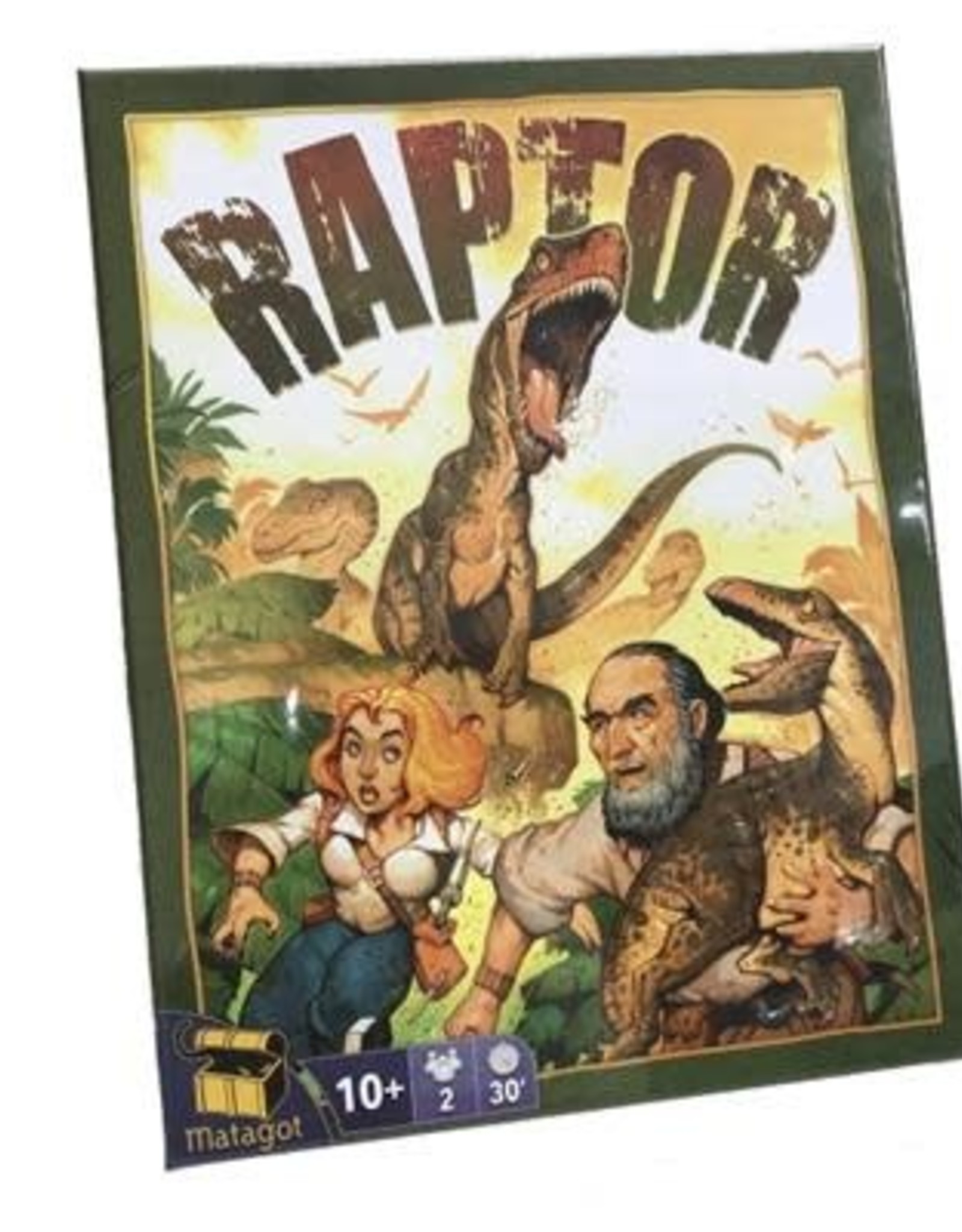 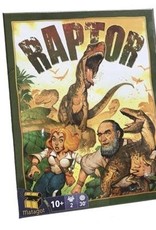 here is nothing more dangerous than a mother protecting her young.

We have recently learned that somehow, on an isolated island in the Pacific Ocean, there is a female velociraptor living with five offspring. As a paleontologist and adventurer—as a man of science—your mission is to capture the baby raptors alive, or at least neutralize their fast, powerful, and protective mother by tranquilizing her. This is chance of a lifetime—to become one of the few humans who have seen a living dinosaur. It also means engaging in a ferocious struggle with one of the most vicious predators who ever walked the earth.

Raptor is a two-player board game of strategic movement and careful planning, designed by Bruno Cathala and Bruno Faidutti. One player takes control of a family of velociraptors; the other controls a team of brave, determined scientists. The raptors win if three of the babies escape capture or if they eradicate the scientists. If the scientists manage to neutralize the mother or capture three baby raptors, they win. Each side has its own unique actions and abilities in this quick, easy-to-learn, card-driven game where both players are simultaneously predator and prey.