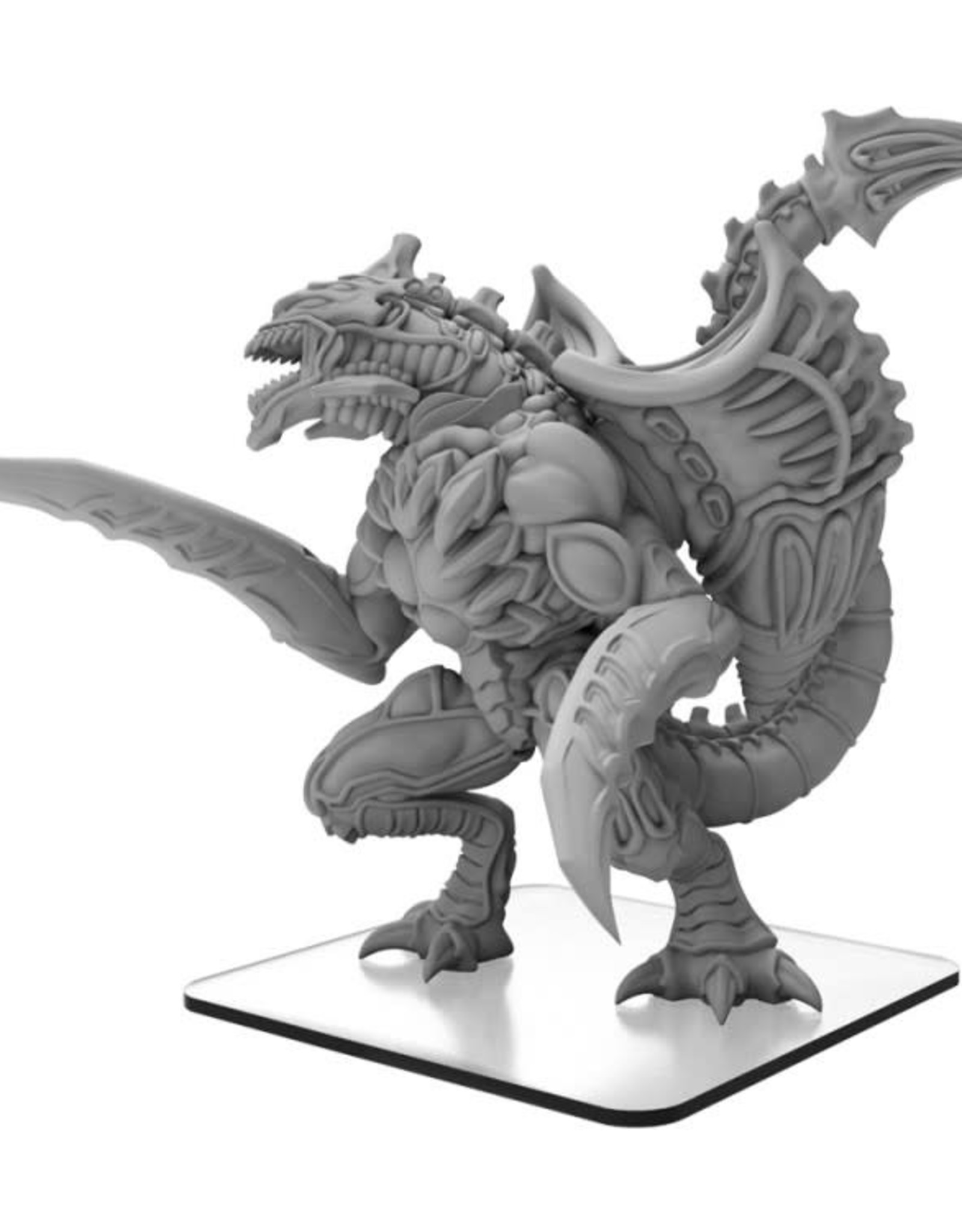 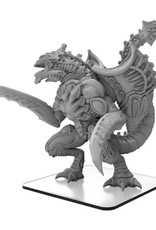 A brand-new threat has arrived to take its place in the Monsterpocalypse, and this new danger will take everything you and your allies can muster to defeat it.

Gallamaxus is a truly terrifying foe from outer space. Humanity was just getting used to the concept of interplanetary creatures bent on consuming the universe and alien invaders harvesting resources to revitalize their dying world when the first messengers of the Draken Armada arrived in the solar system to warn of an even larger looming threat. Gallamaxus is but the first in a dark cloud of death heading for our planet. He is the harbinger of the Necroscourge, and it may be the most terrifying addition to the Monsterpocalypse yet.

The Megaton Mashup expansion for Monsterpocalypse introduces a brand-new way to play out your battles of giant monster combat. This product includes a new monster, Gallamaxus, who is fully playable in standard play but can also be used to face down any pair of players brave enough to step into his territory. After testing your mettle against this new threat, you can try out a Megaton Mashup game against any monster from your collection. The included card deck controls the independent monster and the rules explain how two players can work together playing a single monster each and a shared reserve of units to take the enemy monster down.

Gallamaxus is an aggressive monster that can be added to any Destroyers force. He quickly flies across cities, Demolishing buildings and Munching any units that get too close to him. When he goes hyper, his bladed arms Penetrate his foes defenses, and he Redlines his health in order to perform incredibly powerful actions.