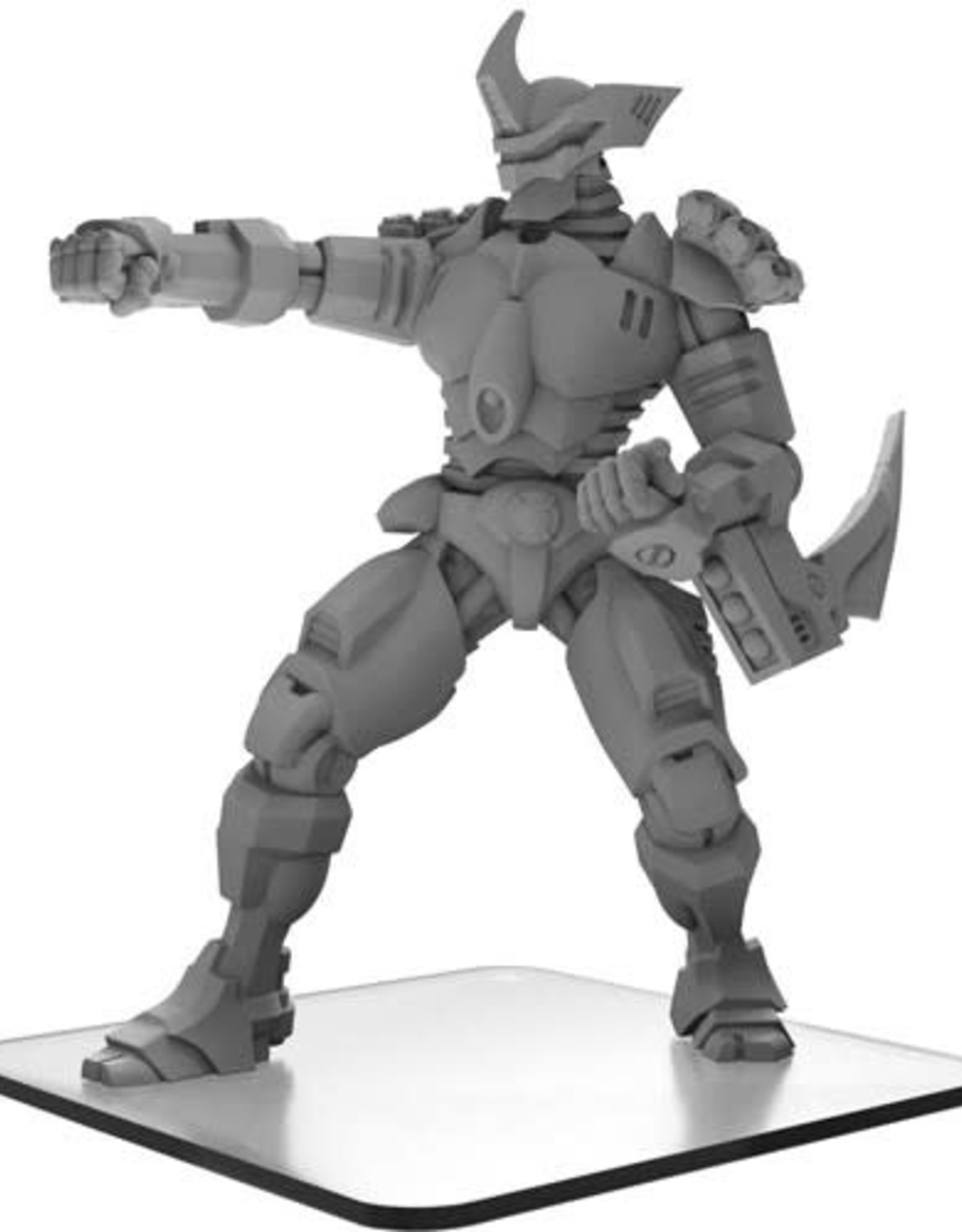 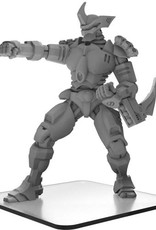 Mecha-Maxim is the culmination of the Uber Corp's attempts scientists to combine the agility of the Shinobi with the devastating munitions of the vile corporation. Leading armies with dastardly tactics, he establishes advantageous scenarios in Uber Corp's war for world domination.

Mecha-Maxim is a support monster that can be added to any Destroyers force, constructed to lead the legion of robotic monstrosities of Uber Corp toward their goal of world domination. He acts as the Mastermind of their force, helping set up brilliant attack combinations. When he goes hyper, he Sprints across the battlefield firing Explosive missiles from wrist-mounted launchers, overwhelming disorganized defenders.