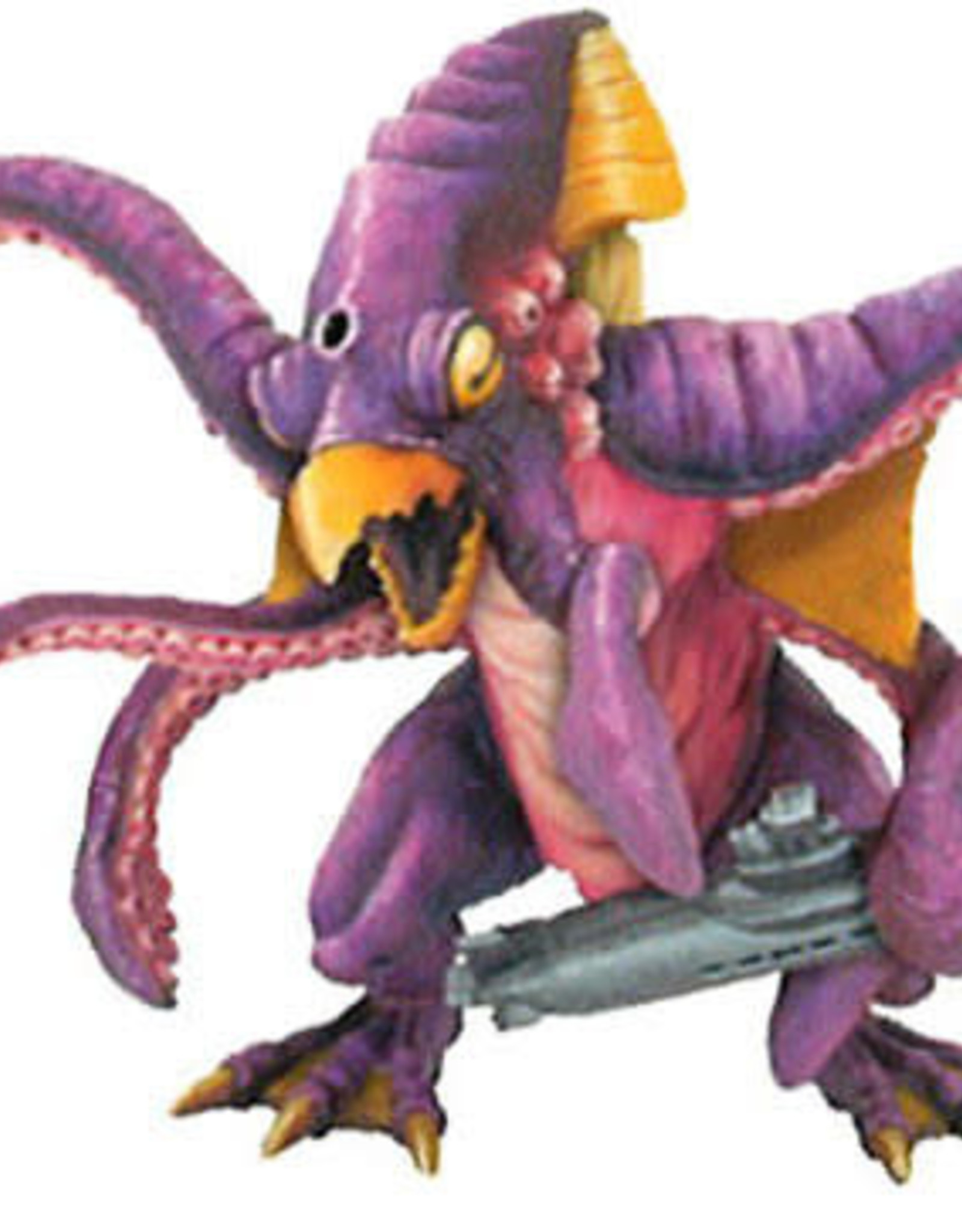 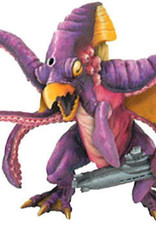 From the ocean's depths arises the mighty Krakenoctus, a squid-like monster of Leviathan proportions. What has awakened this ocean horror is uncertain, though it is clearly enraged by the destructive forces ravaging the Earth, drawn in particular to battle the Planet Eaters and Lords of Cthul. Accompanied by a swirling whirlpool of salt-water, the passage of Krakenoctus has quenched fires that would otherwise have obliterated embattled cities. Despite its alien and imposing demeanor, it seems to have no particular malice toward humanity or the planet's other defenders.

Krakenoctus is a versatile monster that can be added to any Protectors force. Its numerous flailing limbs keep enemy models from using their superior mobility to climb over the buildings around it, and its waterlogged flesh allows it to walk through fiery hazards with no fear. In the early game, it uses its tentacles to repeatedly strike at opponents and fling units at other models. In the late game, it sprays ink into the faces of enemies to hamper their attacks and uses its damage-fueled rage to empower anything it throws for more effect.