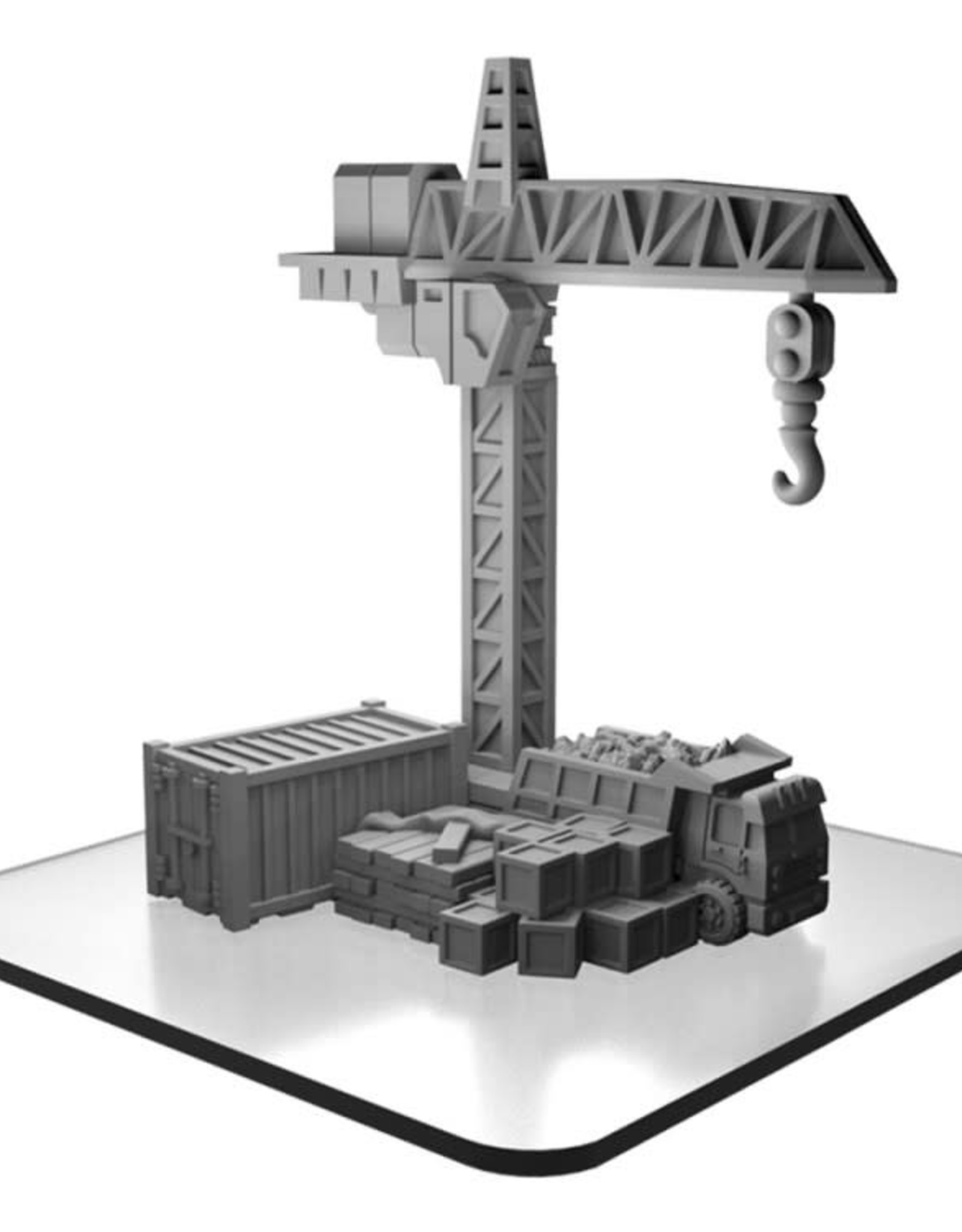 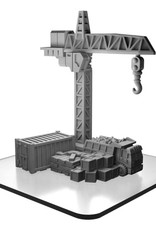 Cranes are a common site in the skylines of cities during the best of times. With the coming of the Monsterpocalypse, they have become even more ubiquitous as rebuilding efforts struggle to keep pace with the destruction. During battles to save a city, these facilities are often called upon to bolster defenses by placing prefab structures to aid the defenders.

The Construction Yard is a new building that any player can add to their city. It specializes in modifications to the map during a game. Its Retrofit action can bring buildings into play as long as you control some suitable real estate, and its Asset Assembly action places the new model type found in Asset blisters, expanding your options when making your attack plans.