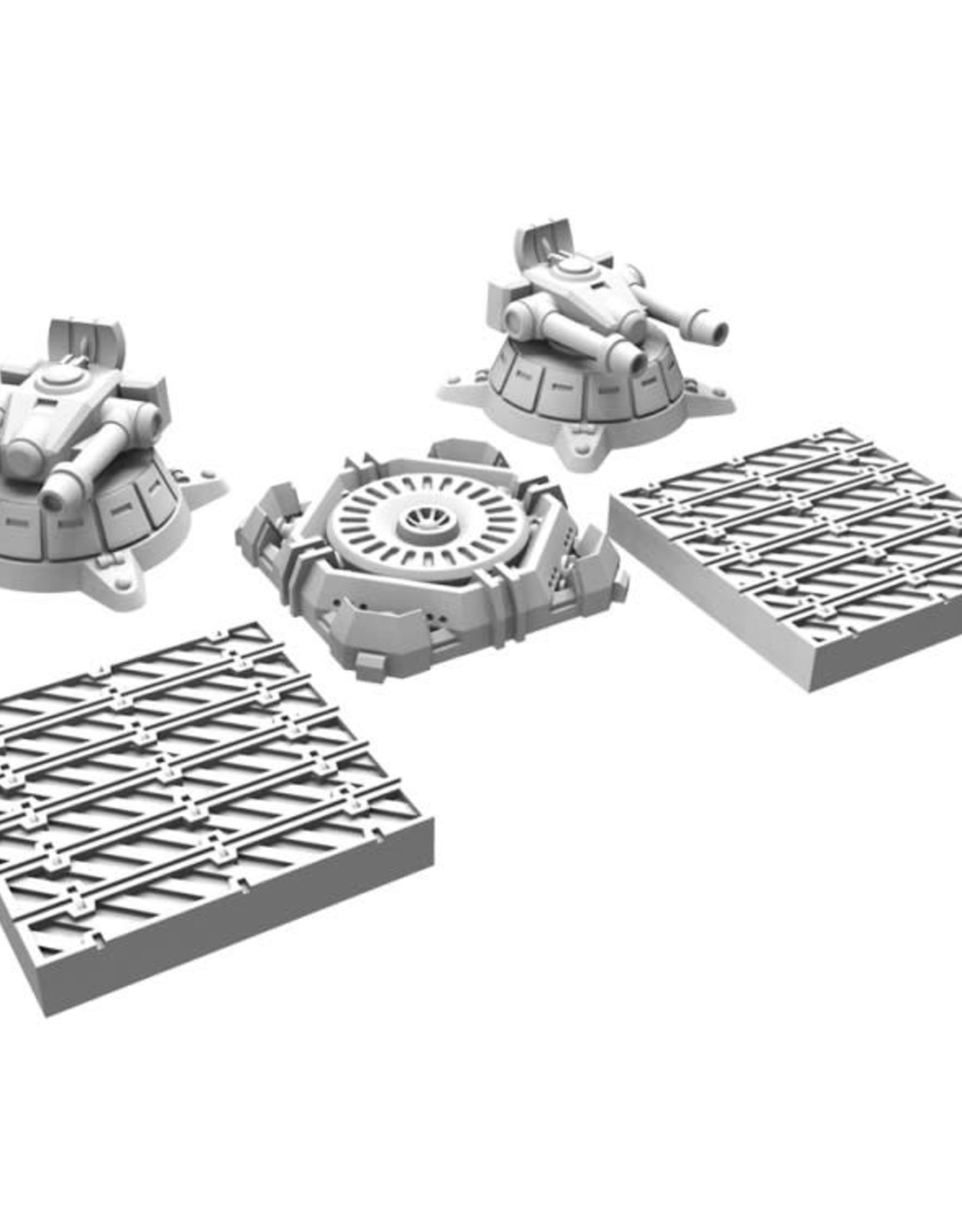 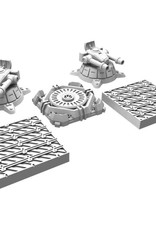 In addition to the purely defensive measures cities are installing during the Monsterpocalypse, some have decided to go with offensive options as well. Defense turrets now dot the parks and other open areas of the world’s urban cores, ready to lend their fire against threatening targets. Rapidly deployable deck plates are kept on hand by many emergency response agencies. Able to span waterways and more hazardous terrain to facilitate the evacuation of population centers, these structures are also valued by ground forces trying to position themselves for optimal attacks. Any force looking to fully exploit the power reserves of a region will want to invest in resource extractors. These devices are capable of doubling the output of any resource-gathering operation.

This blister contains assets that any player can add to the map during a game of Monsterpocalypse using a Construction Yard. Defense Turrets are capable of adding firepower to nearby unit attacks, ensuring that important targets are taken care of. Deck Plates cover impassible terrain or hazards, enabling the least-mobile units to go wherever they please on a map. Resource Extractors pull more power out of power zones as long as a unit is there to manage them.