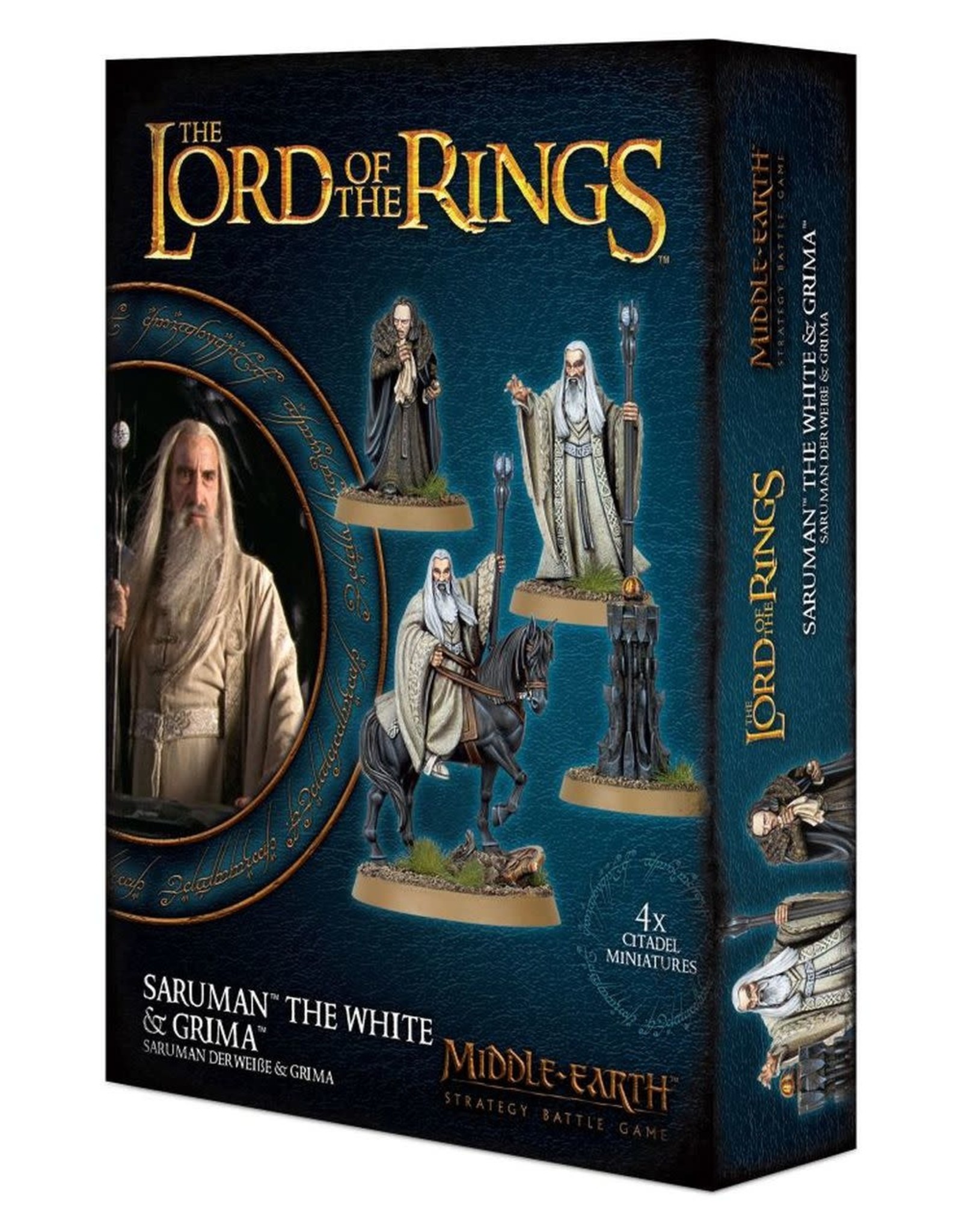 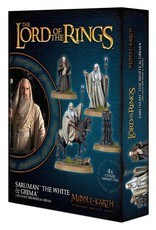 Once the leader of the Council of the Wise, and the eponymous head of the White Council, Saruman the White allowed himself to be corrupted by the persuasive powers of the Dark Lord as he gazed jealously into the Palantír of Orthanc. In so doing he embarked on a road that would see him stripped of his nobility and twisted into a treacherous parody of a true Istari. So aligned, he turned his prodigious intellect to building an army to rival the Dark Lord’s own. What Saruman hoped to ultimately gain from his betrayal is shrouded in mystery, but he nonetheless used his magical knowledge against his former friend Gandalf the Grey and, in a stroke, sentenced thousands to die by fire and sword as his legions invaded Rohan.

Gríma is a man of Rohan who willingly sold his services to Saruman in exchange for promises of wealth and power, a despicable act that saw him inveigle his way into the services of King Théoden where he could cause the most harm. When Rohan’s need for heroic leadership was greatest, the counsel of Gríma was words of despair. So it was that a lord of great promise was stripped of his will to act, sitting indolent and oblivious as the Westfold burned. Though he is no warrior, Gríma’s strength lies in his ability to twist the words and thoughts of those around him, robbing even the wise of their heroism.

Saruman the White and Gríma Wormtongue make for a highly effective combination of sorcery and corrupting influence on the battlefield, perfectly complimenting the raw brutality of the Uruk-hai they lead.

The set contains 4 plastic miniatures – Saruman on foot and mounted, Gríma Wormtongue and a Palantír on a plinth. The models come supplied with one Citadel 40mm Round Base and three Citadel 25mm Round Bases. Their rules can be found in Armies of The Lord of The Rings™.