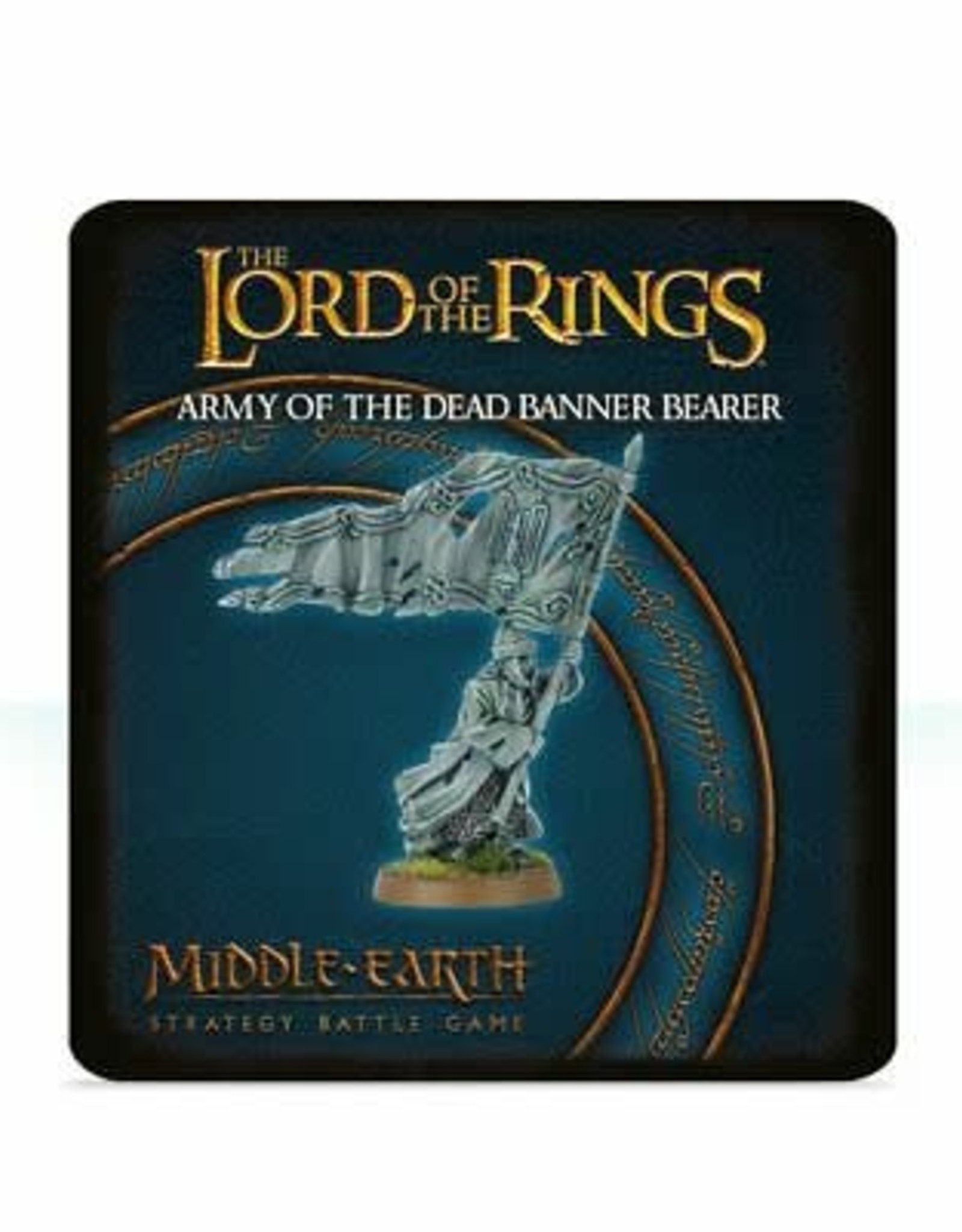 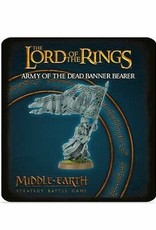 Those who broke the oath made to Isildur suffered from a terrible curse. Over the centuries of the Third Age their bodies decayed and slowly turned to dust. Yet they did not rest, instead becoming spectral forms of their former selves. Although their weapons have long since lost their edge, the armour of mortal beings holds no defence against them. A grim fate awaits any who stray into the realm of the dead, unless they should happen to be Isildur’s heir.

Warriors of the Dead are formidable adversaries, able to cut down even the most heavily armoured foes… providing they win the Fight. Adding a banner bearer to your Army of the Dead will help you win those all-important Duel rolls.

Contains one metal miniature – a Warrior of the Dead equipped with a banner, supplied with a Citadel 25mm Base. The model's rules can be found in Armies of The Lord of The Rings™.