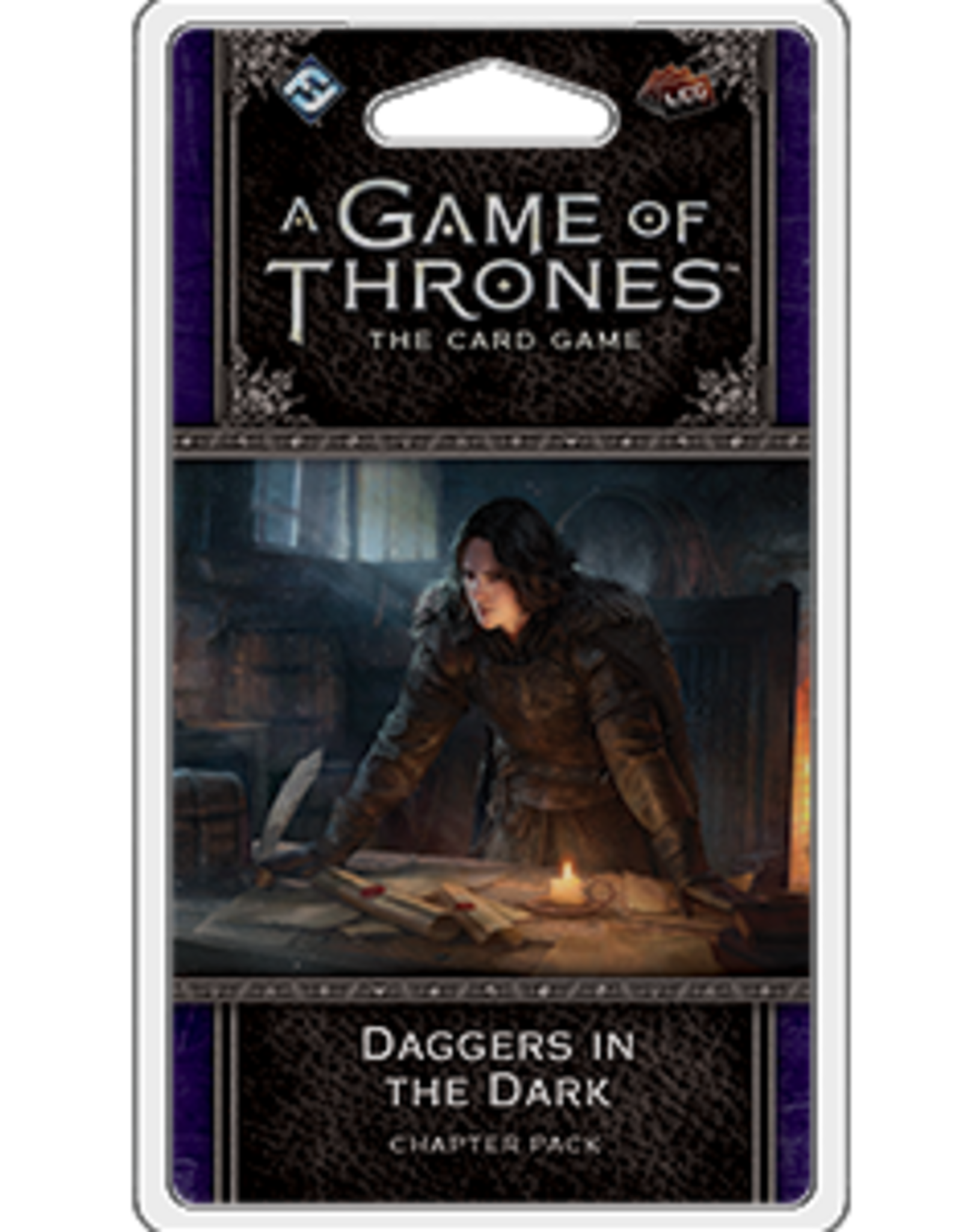 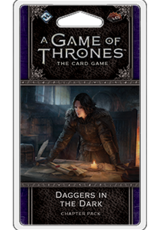 Daggers in the Dark is the sixth Chapter Pack in the Dance of Shadows cycle for A Game of Thrones: The Card Game. Featuring three copies each of twenty distinct cards, this pack draws you into the pages of A Song of Ice and Fire, where the key characters in the story find themselves surrounded by enemies as the shadows encroach. At the Wall, Jon Snow struggles with his duties as Lord Commander of the Night's Watch as his brothers whisper dissension. In King's Landing, Cersei Lannister attempts to keep the loyalty of the smallfolk as the Faith Militant stirs rebellion. And in Meereen, Daenerys Targaryen makes difficult sacrifices to win the hearts of the Meereenese as assassins plot her demise.