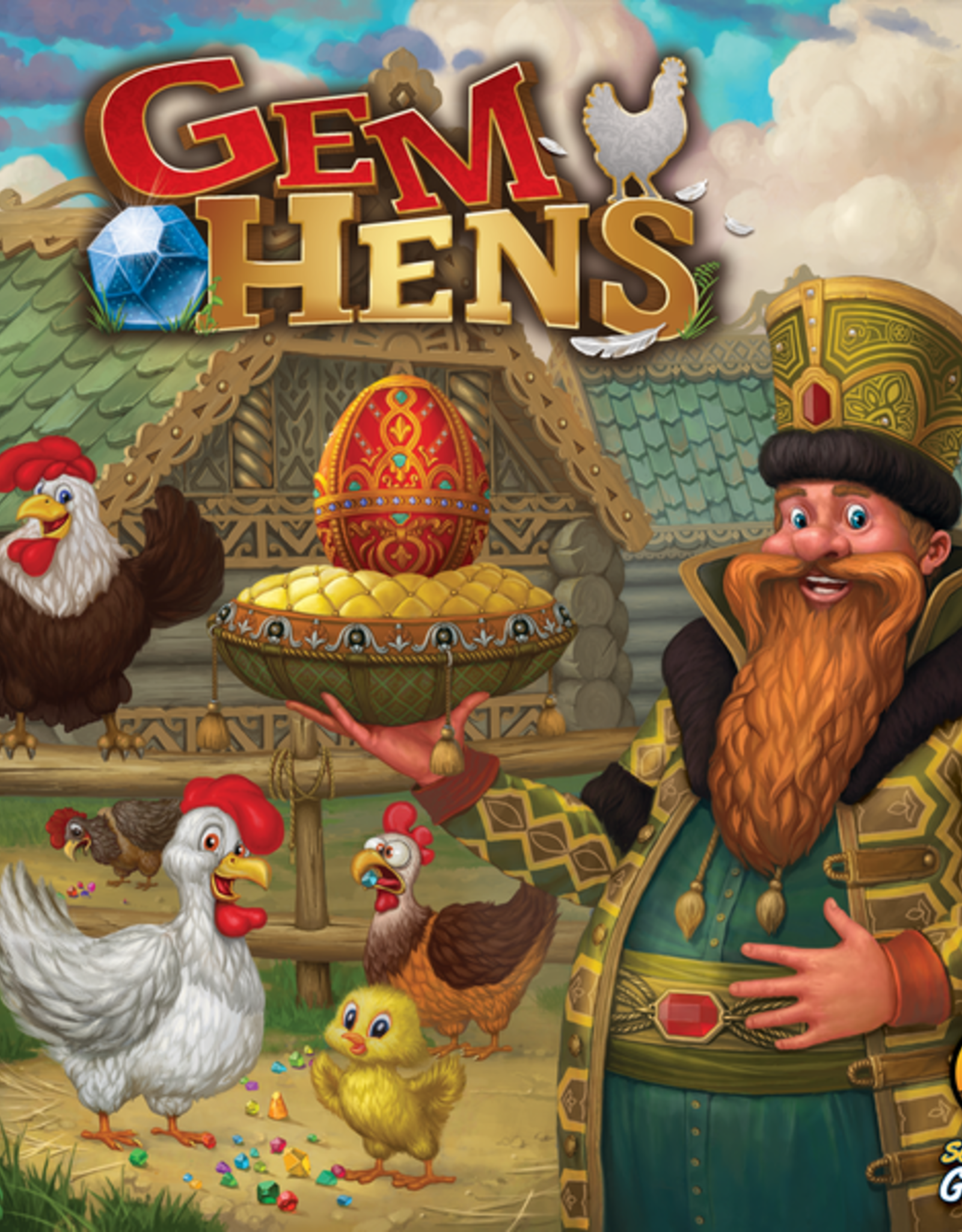 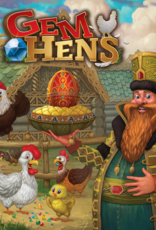 Gem Hens is a set collection game in which players send out chickens to collect the gems needed for them to lay the most marvelous jeweled egg.

Each round starts with players frantically rolling their chicken dice simultaneously over the span of 20 seconds, saving results they like while re-rolling the rest until time expires. Some dice results provide movement, while others allow you mark rows or columns and drop new gems onto the board.

Once the turn order, a.k.a. the Pecking Order, has been established, players will then execute actions one at a time. Players can move their chickens 1-3 spaces depending on the dice spent and possibly shove an opponent's hen out of the way. If a chicken lands on a Grain Gem, a player can place it on their Egg Board. Some Grain Gems are rarer than others. They score positive points if they are part of completed sets on the facet of the jeweled egg and negative points if that facet is incomplete or the gem is unused.

The advanced variant of Gem Hens adds Power Clucks, powerful abilities for your chickens that make the battle for precious Grain Gems even more chaotic.