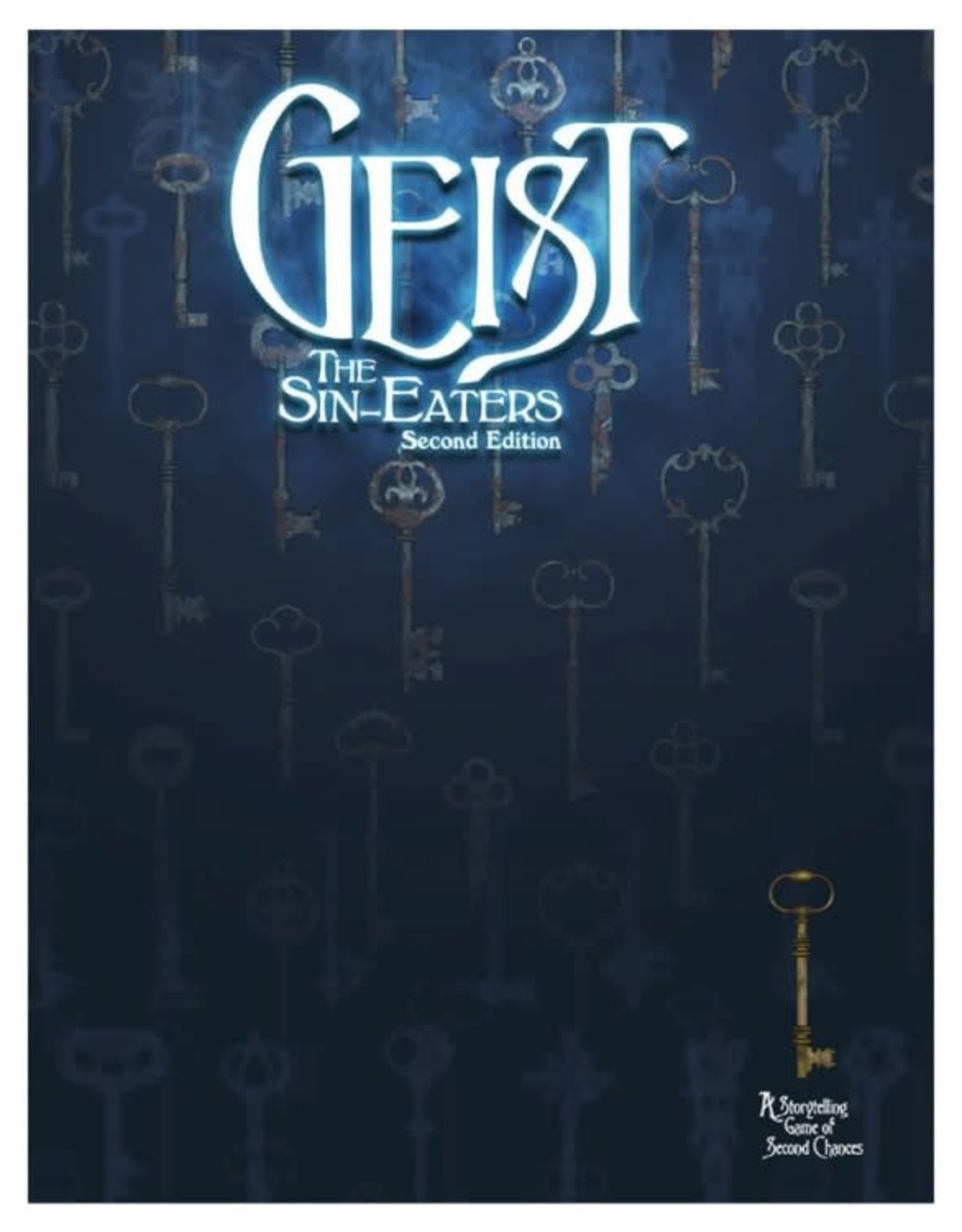 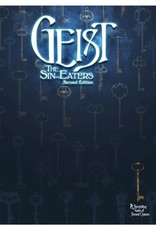 Contents include: In-depth Sin-Eater and krewe background information to flesh out the player’s role at the table. Expanded character creation covering Sin-Eaters, geists, and krewe creation. Find Anchors, Merits, Synergy, Plasm, Abilities, Haunts, Keys, Ceremonies, Mementos, and more! Core ruleset and subsystems for krewes, ghosts, and the Underworld, including Avernian Gates. Antagonists such as Reapers, Eaters of the Dead, necromancers, enemy Bound, and Kerberoi. Setting information and story hooks to play the game in specific historical eras or locations for playing your Geist chronicle in specific times and places in history. Storyteller advice to design and run a Geist chronicle. Player-facing material to be one of the Absent, a playable ghost. Geist-specific Conditions and Tilts……and more!

In Geist: The Sin-Eaters 2nd Edition, you play a person who died with a powerful burden on their soul. On the other side of the veil, they made a bargain with a powerful being called a geist. Now your character stands as a medium, with one foot in the world of the living and one in the world of the dead. Will you bend your efforts toward the cosmic injustice of the Underworld, that consumes all who become trapped in its inky depths? Will you turn your wrath on the necromancers, the ghost-eaters, the two-bit frauds who exploit dead and living alike for their own enrichment? Or will you use all your newfound supernatural might to accomplish what you could not in life? Geist: The Sin-Eaters 2nd Edition is published by Onyx Path Publishing. It is a core rule book that’s part of the Chronicles of Darkness line of roleplaying games.