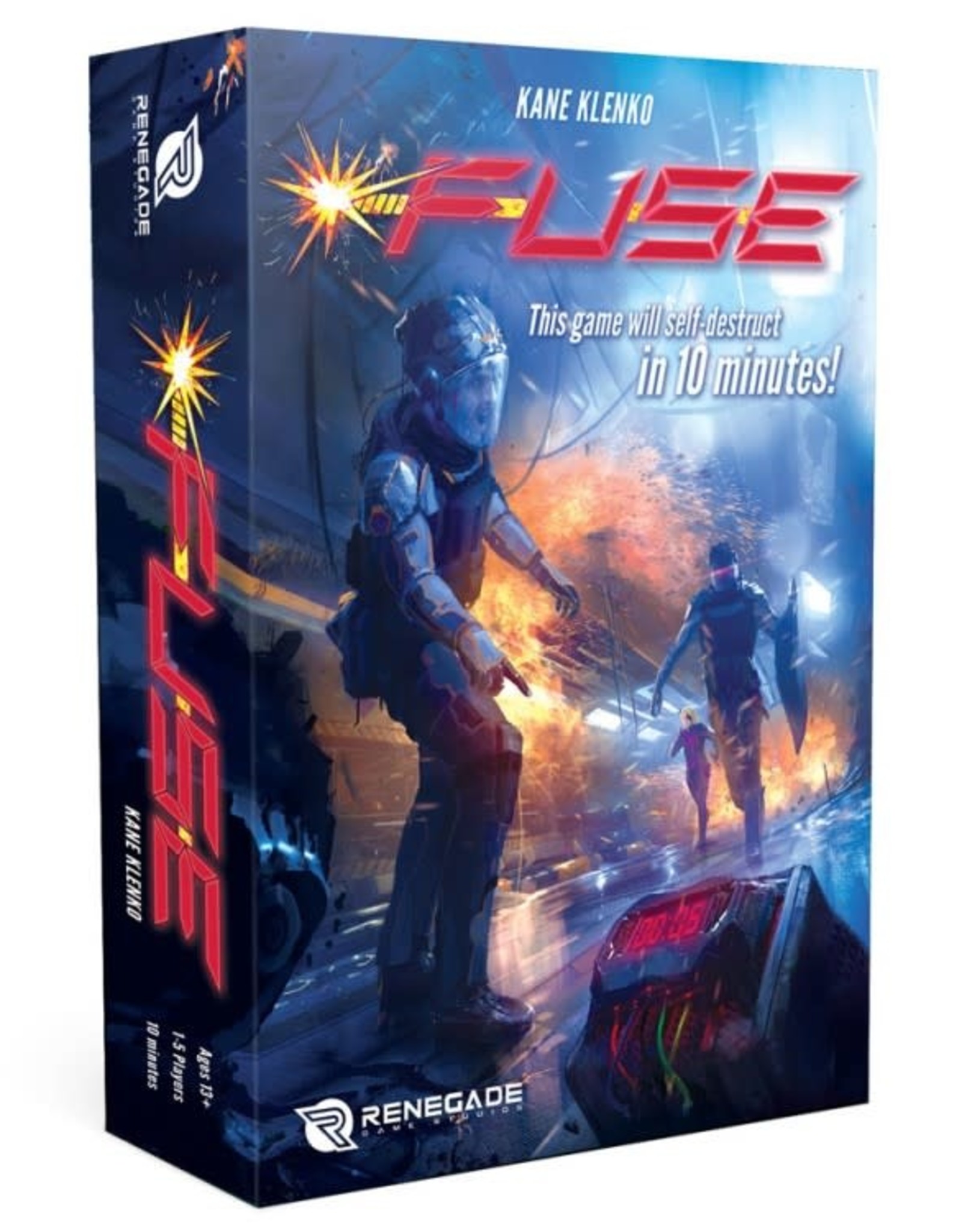 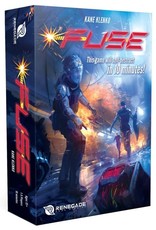 Intruders have made their way onto your ship, and their goal is total destruction! More than twenty bombs have been detected onboard, and the countdown has begun. Your elite Bomb Defusal Team (BDT) has been called upon to neutralize the threat. Does your team have what it takes to work through the intricacies of the bombs and defuse them all in time?

FUSE is a real-time co-operative game that employs 25 dice and 76 cards. Each game is set to a ten minute timer, and players must work together in that ten minutes to defuse all of the bombs. Each bomb is represented by a card which needs a certain combination of dice in order to defuse it. A player will draw a number of dice equal to the number of players out of a bag and roll them. Players must then decide who will get which dice, but each player must take one and only one.

It's a simple task: maximize the potential of your dice between all of the players. The problem is you only have ten minutes, and there are more than 20 bombs on your ship. You don't have time to think through every option. Does your team have what it takes to work through the intricacies of the bombs and defuse them all in time? This game will self destruct in 10 minutes.....