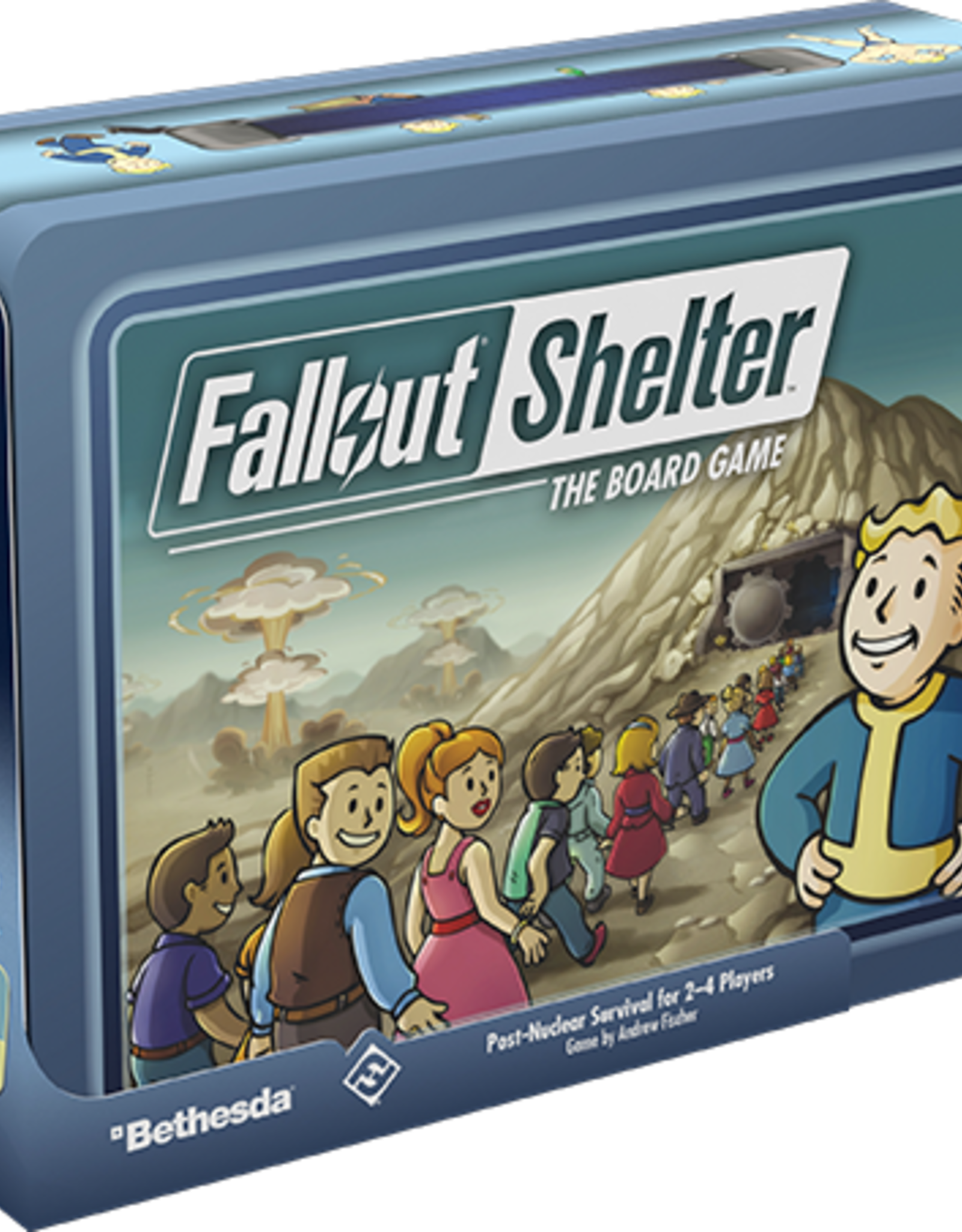 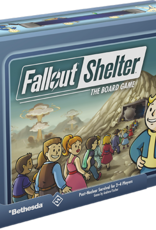 The bombs have fallen, but under 2,000 feet of bedrock your Vault-Tec Vault is a thriving and joyous community—at least until the untimely death of your Overseer. Now, it’s up to you and your fellow officers to keep your Vault Dwellers safe, productive, and happy. Compete with the other players to see who can inspire the most happiness and be elected as the new Overseer!

Fantasy Flight Games invites you to create a brighter future underground with Fallout® Shelter™: The Board Game a new board game for two to four players based on the hit mobile game in the Fallout universe from Bethesda Softworks.

In Fallout Shelter, you play as one of the officers in your very own Vault, fostering happiness among your Vault Dwellers while keeping them safe from the radiation and monstrosities of the Wasteland that awaits outside your utopia. You will need to assign your Dwellers to tasks, manage the Vault’s resources, and keep everyone safe from threats. Keep in mind, the officer who can inspire the most happiness will win the hearts and minds of your Dwellers for the coming election of the new Overseer.

If you are reading this, your Overseer is dead. Vault-Tec extends its deepest condolences for your loss, but now is not the time for mourning! As the officers of your Vault, it is your responsibility (after performing the proper burial ceremonies) to lead your people through this tumultuous time.

The Dwellers of your Vault, ready for their daily tasks.

Fallout Shelter is a worker-placement game that puts you in charge of the various Vault Dwellers in your underground utopia beneath a post-nuclear world. You’ll start every game with two Pip-Boy bobbleheads, representing the Dwellers you personally lead as an officer. While two may seem like a small amount, with careful planning you can facilitate the repopulation of our great nation and increase your number of Dwellers up to seven. No matter how many Dwellers you have, however, on your turn, you’ll have to decide how your Dwellers spend their time. Maybe you’ll send them to a lounge to increase their happiness. Or perhaps you'll send them back to their living quarters to produce even more Dwellers!