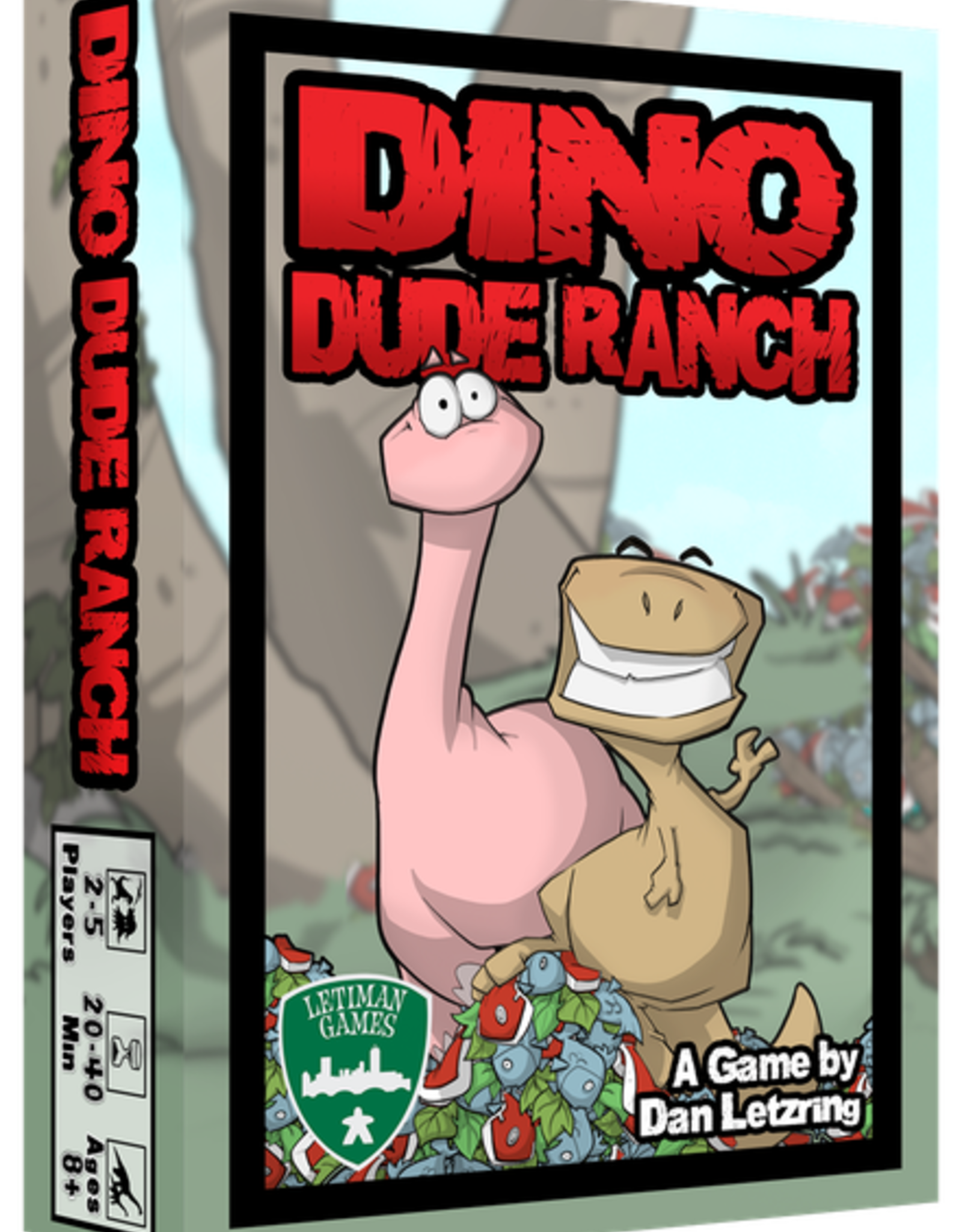 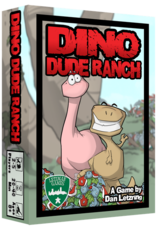 You are a rancher whose specialty is wranglin' dinosaurs! Head on over to the Jurassic Hunting Grounds to capture dinosaurs for your ranch by luring them with their favorite foods. Watch out for tar pits spreading on your precious land, reducing the number of dinosaurs that can live on your ranch.

Fill your ranch with the most valuable dinosaurs to become the top rancher and win!

In Dino Dude Ranch, players roll custom dice each turn in order to collect resources used to capture dinosaurs from the Jurassic Hunting Grounds. After dinosaurs are captured from the hunting grounds, new dinosaurs are randomly selected to replace them. Players continue to collect resources and purchase dinosaurs until all of the dinosaurs have been captured from the Jurassic Hunting Grounds or until one rancher has completely filled their ranch. Players' ranches will be filled faster if they roll tar pits during resource collection. These tar pits not only take up precious space that could be used for housing dinosaurs but they are also worth negative points at the end of the game.

Players may also choose to purchase cards, which can be used to produce more resources, collect free dinosaurs, and add or remove tar pits from ranches.

This easy to learn game is a fantastic introduction to set collection/resource management games and is designed to be engaging for families, gamers, and non-gamers alike.