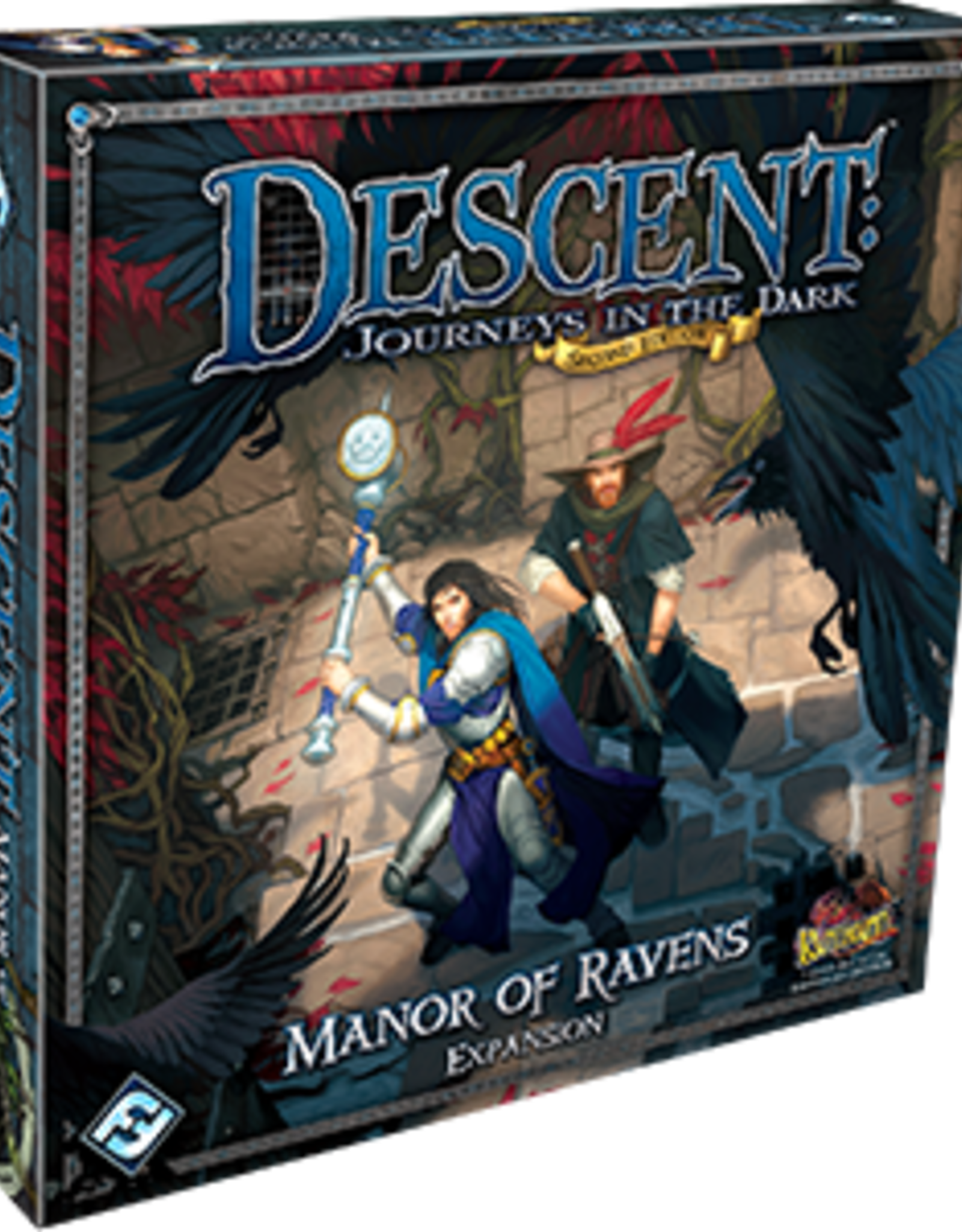 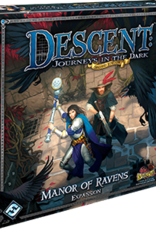 In the foothills near Greyhaven there sits a forgotten manor, the haunted residence of the late high mage Ithyndrus. Antique trinkets and artifacts lie within its ever-changing walls, but the ravens that watch the manor are insufficient to discourage treasure hunters and bandits. A new guardian has awoken, and dark forces gather to his aid. Left unchecked, the power and size of this creature will never stop expanding. Its potential is limitless, and it must be stopped.

Manor of Ravens is a expansion for Descent: Journeys in the Dark Second Edition, inviting you to travel to a haunted manor house and battle the guardian that waits within. The overlord gains a host of new material in this expansion, including two new classes of Overlord cards, new monsters, and deadly new relics that can be wielded by monsters. The overlord even gains his first servant – a creature that can be summoned into play, similar to the heroes' familiar. The heroes also receive powerful new assets in Manor of Ravens, gaining access to two new heroes and new hero classes for Warriors and Scouts.