Your cart is currently empty

Descent: Legends of the Dark

Terrinoth is in peril. The demon-tainted Uthuk Y’llan barbarians stalk the realm and the undead servants of Waiqar the Undying venture beyond their borders for the first time in memory. The leaders of Terrinoth are divided and fractious, unable to unite a

The rating of this product is 0 out of 5

Terrinoth is in peril. The demon-tainted Uthuk Y’llan barbarians stalk the realm and the undead servants of Waiqar the Undying venture beyond their borders for the first time in memory. The leaders of Terrinoth are divided and fractious, unable to unite against these common threats. And in the northern barony of Forthyn, the stage is set for the next great confrontation between Terrinoth and the forces of darkness...

For years, your journeys have taken you across the fantasy realm of Terrinoth, venturing into dark forests, shadowy cities, ancient crypts, and misty swamps… but your true legend is about to begin.

Fantasy Flight Games is proud to announce Descent: Legends of the Dark, the definitive cooperative dungeon-crawling board game for one to four players!

Forge your own legend together with your friends as you adventure across the vibrant fantasy realm of Terrinoth! Powered by its fully integrated free companion app, Descent: Legends of the Dark puts you in the role of a budding hero with their own playstyle and abilities. Together with your unlikely companions, you’ll begin an unexpected adventure—an adventure told across the sixteen quests of the Blood and Flame campaign. Throughout your campaign, you’ll face undead lurking in the mists, demonic barbarians stalking the wilds, and even more terrifying threats. With 46 pieces of 3D terrain and 40 stunning hero and monster miniatures to draw you into the game, your greatest adventure is yet before you!

Is this the third edition of Descent: Journeys in the Dark?

Although Journeys in the Dark featured the Road to Legend companion app, that game was always designed as a competitive experience, pitting one to four hero players against a single overlord player. Legends of the Dark harnesses its integrated companion app to deliver a cooperative game from the very beginning, freeing you and your friends to fully focus on becoming the heroes of Terrinoth. 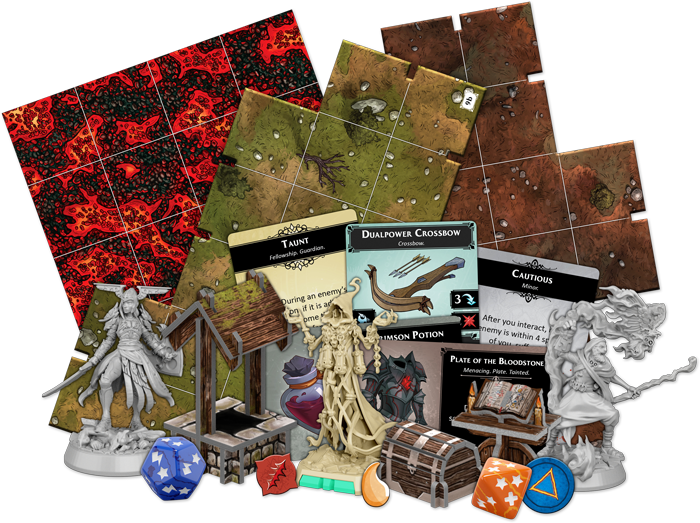 Core gameplay mechanics such as combat, fatigue, skills, items, and more have received completely new interpretations with Legends of the Dark, while a new approach to scenario layout and 3D terrain creates striking multi-level scenarios.

The app also brings new changes to gameplay, introducing enemies with adaptable strategies, complex status effects and triggers fully managed by the app, and the ability to develop your heroes based on the choices you make in scenarios. You’ll also uncover a wealth of activity between scenarios, such as crafting, shopping in the city, upgrading equipment, and more.

Because of these various differences, Descent: Legends of the Dark is not compatible with Descent: Journeys in the Dark content. 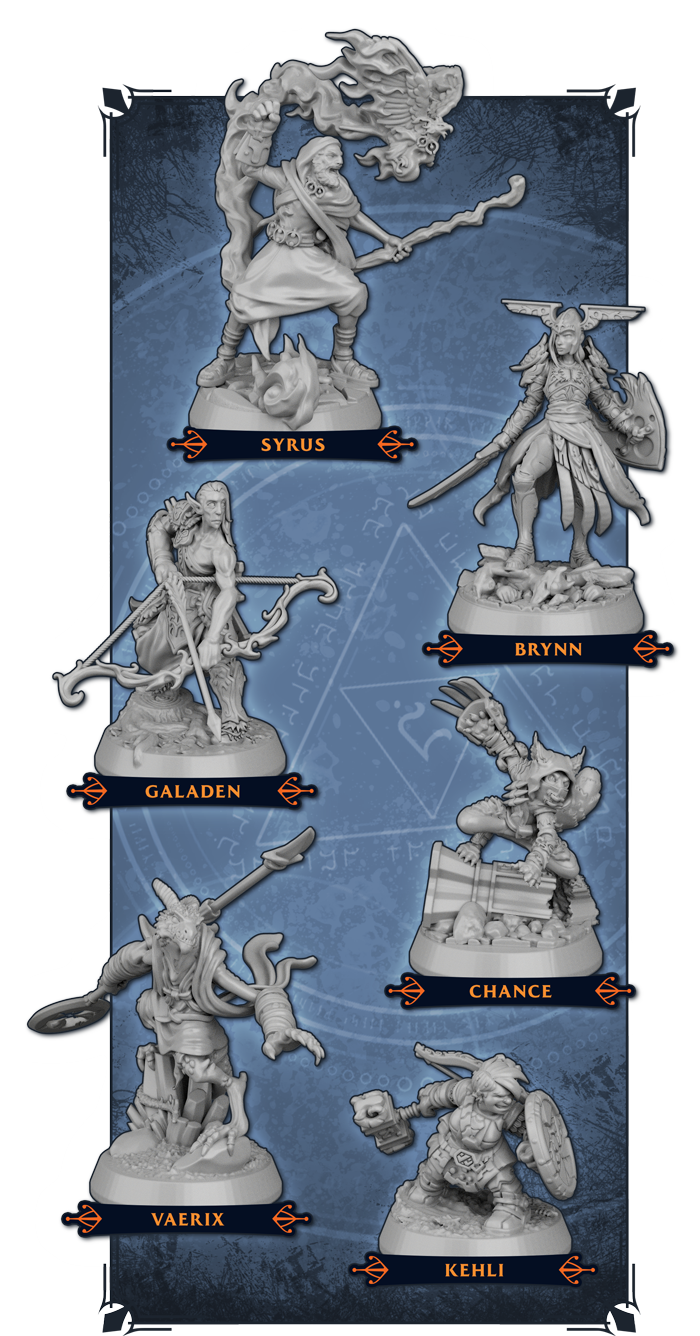 Heroes of the Realm

Descent: Legends of the Dark invites you to become one of six heroes, each eager to adventure across Terrinoth and brought to gorgeous life with stunning art and a beautifully crafted miniature. More than just their visual style, each hero boasts their own tactical approach to combat and their own virtues that you can choose to pursue during quests.

0 stars based on 0 reviews
Add your review