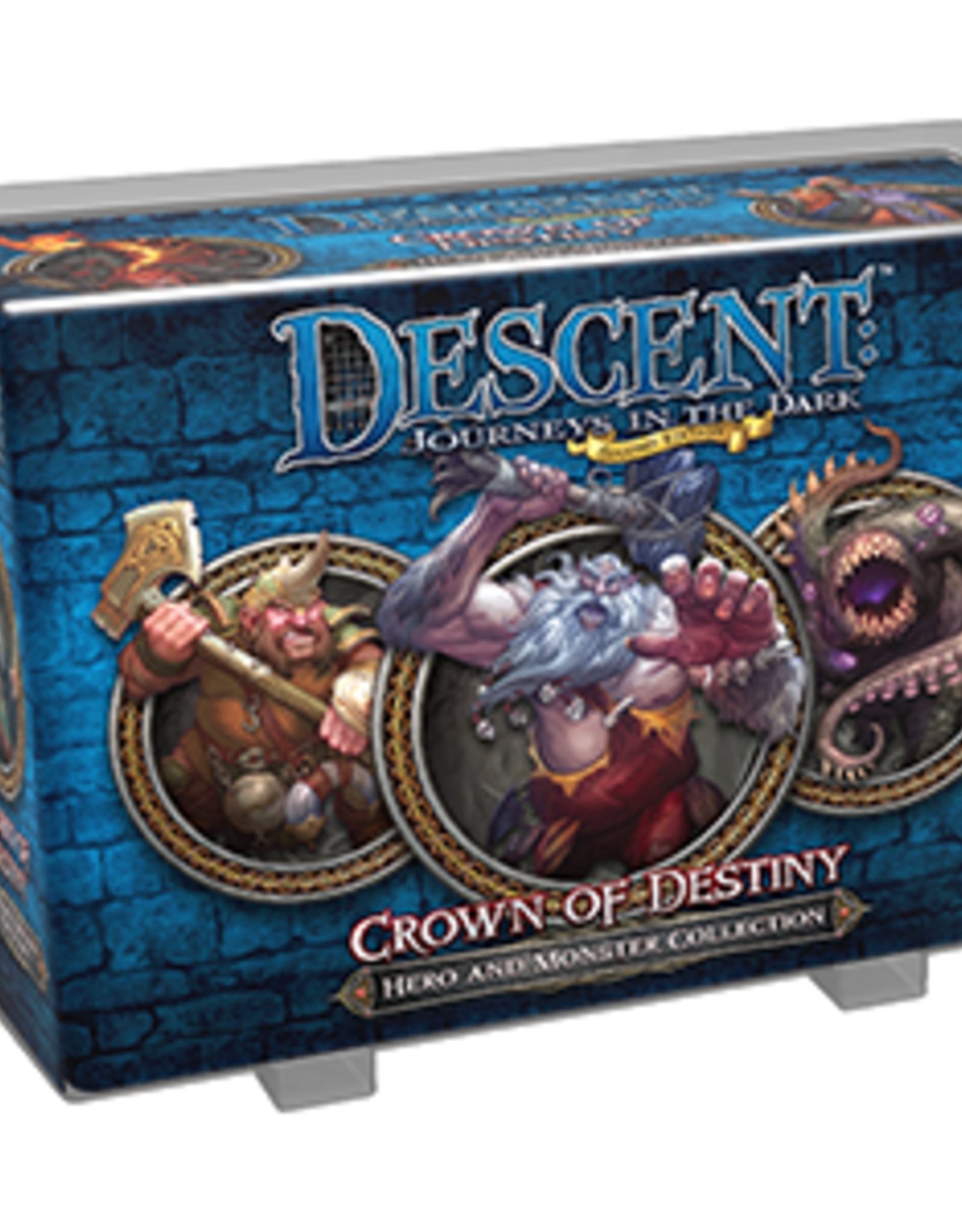 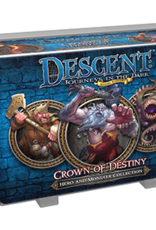 Crown of Destiny offers four noble heroes, ready to stand between the overlord and the people of Terrinoth: Corbin, Lindel, Jaes the Exile, and Brother Gherinn. These heroes are opposed by vile monsters, however – giants, chaos beasts, and lava beetles!

This collection requires a copy of Descent: Journeys in the Dark Second Edition to play.