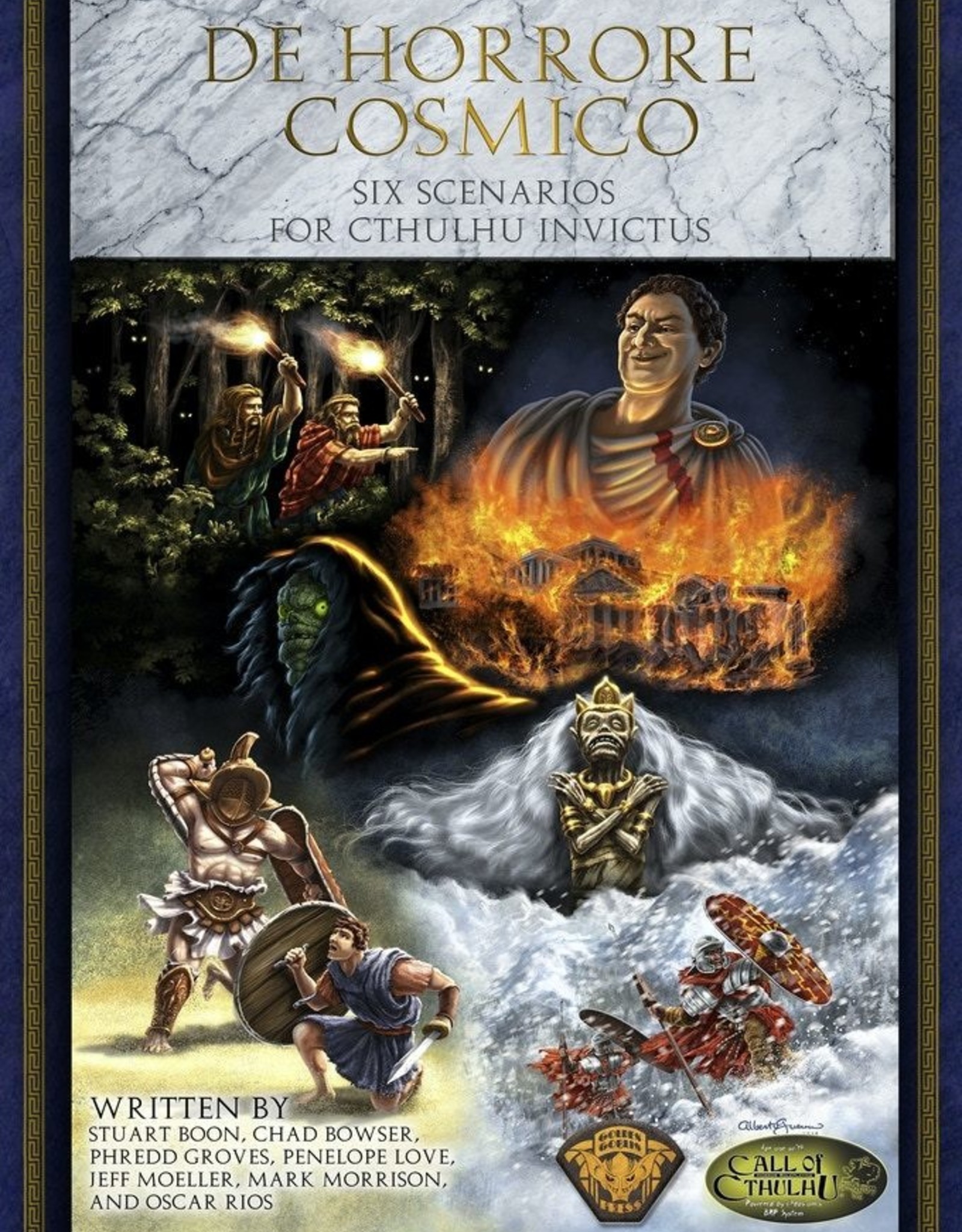 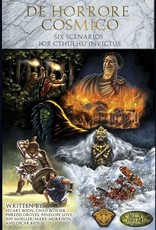 De Horrore Cosmico (On Cosmic Horror) is a collection of six original scenarios for the Cthulhu Invictus setting for the popular Call of Cthulhu roleplaying game. It portrays mankind’s investigations of the Cthulhu Mythos during the Roman Empire. We've assembled an amazing team of authors for this project, starting with the two biggest names in Cthulhu Invictus: Chad Bowser (co-creator of Cthulhu Invictus) and Oscar Rios (The Legacy of Arrius Lurco). We have scenarios from veteran authors Stuart Boon (Shadows over Scotland) and Jeffrey Moeller (Lost in the Lights). We’re excited to introduce our fans to a talented new author, Phredd Groves. Last but not least, we are deeply honored to offer a scenario by the Call of Cthulhu Golden-Age writing/editing team of Penelope Love and Mark Morrison (Horror on the Orient Express). Lisa Padol is co-editing the book with Oscar Rios.

For our art team, Golden Goblin Press is happy to have reunited three people who worked on The Legacy of Arrius Lurco for Miskatonic River Press. Badger McInnes is handling layout, Steffon Worthington is our team cartographer, and Alberto Guerra is doing the cover and interior illustrations.

What is De Horrore Cosmico? Each scenario in this collection explores a classic theme of Cosmic Horror during the age of the Antonines. They are inspired by one or more stories written by H. P. Lovecraft. These scenarios take investigators from the streets of Rome to the windswept mountains of Caledonia, and visit several provinces in between. Our cover depicts a brief glimpse into each of the book's scenarios.