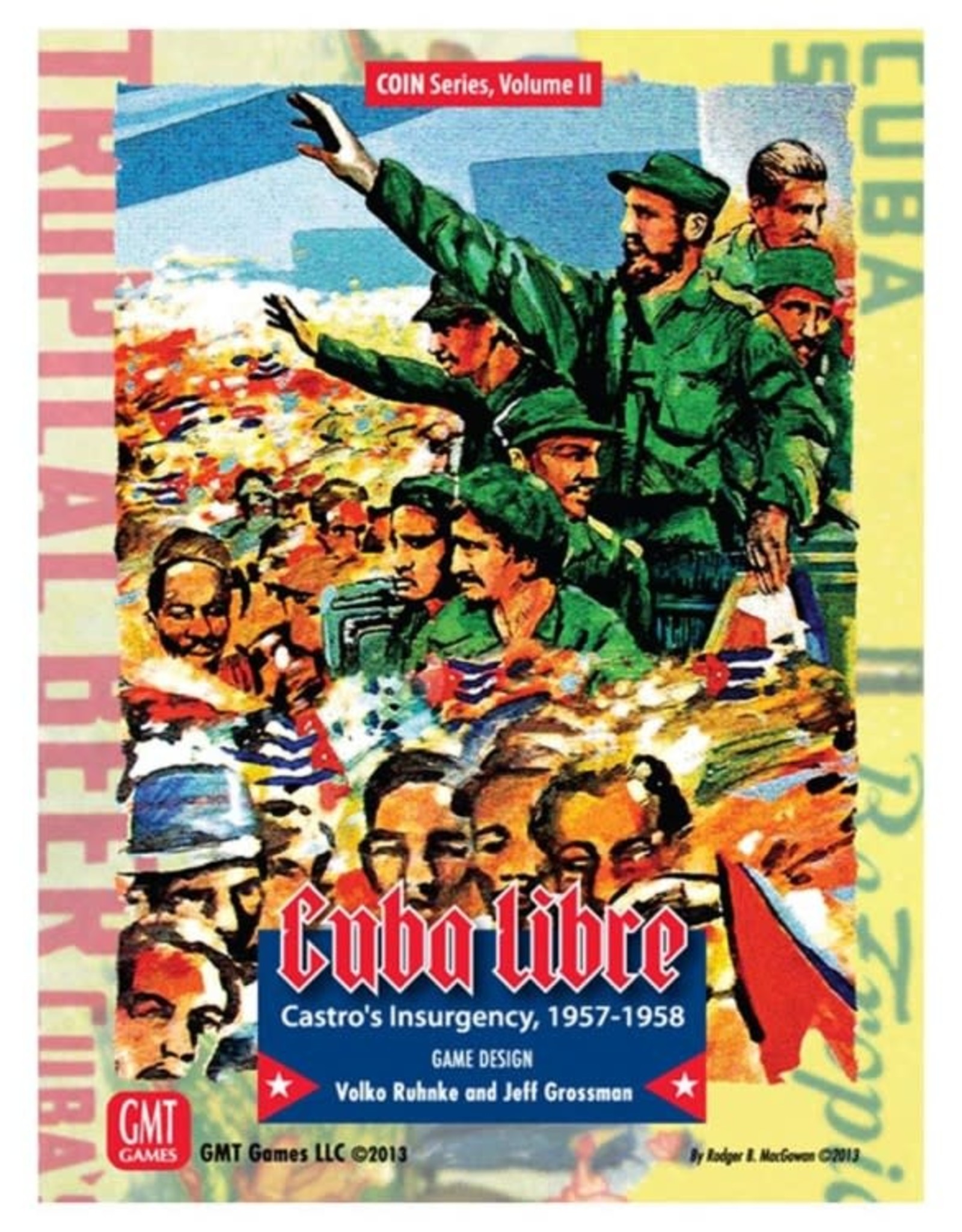 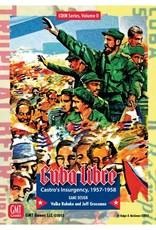 Following up on GMT Games’ Andean Abyss, the COIN Series next volume, Cuba Libre, takes 1 to 4 players into the Cuban Revolution. Castro’s Marxist “26 July Movement” must expand from its bases in the Sierra Maestra mountains to fight its way to Havana. Meanwhile, anti-communist student groups, urban guerrillas, and ex-patriots try to de-stabilize the Batista regime from inside and out, while trying not to pave the way for a new dictatorship under Castro. Batista’s Government must maintain steam to counter the twin insurgency, while managing two benefactors: its fragile US Alliance and its corrupting Syndicate skim. And in the midst of the turmoil, Meyer Lansky and his Syndicate bosses will jockey to keep their Cuban gangster paradise alive.

This printing will be a straight reprint of the 2nd edition (with known errata corrected), with the following two additions:
a short scenario by Oerjan that has already been out on the Web and gotten play and good feedback.
an optional rule to seed Prop cards late in each campaign (similar to deck seeding in Volumes V and VI that reduces some chaos issues).