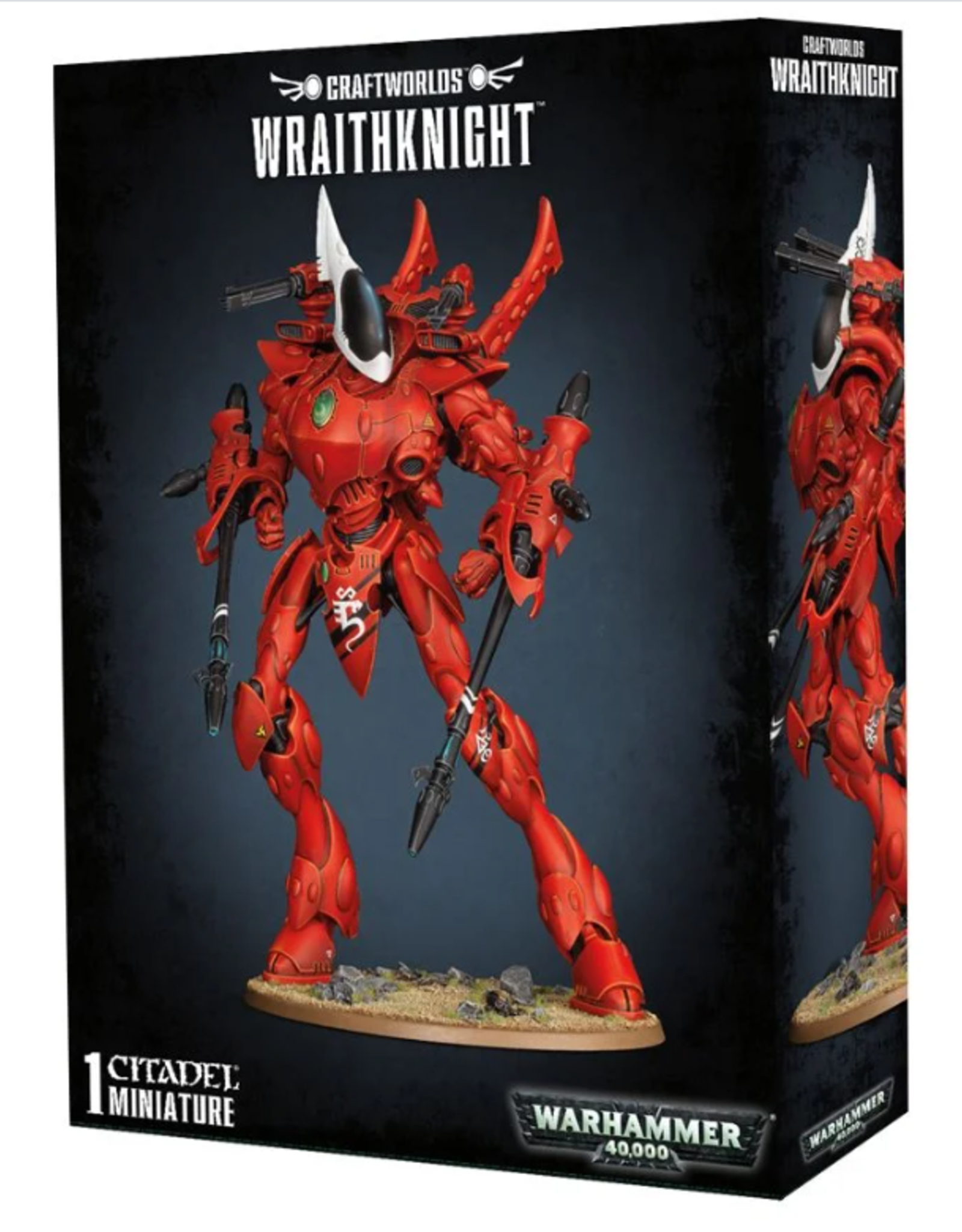 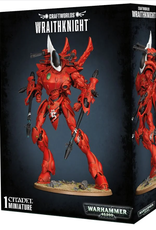 Looming ghost warriors many times larger than even the mighty Wraithlords, the war machines known as Wraithknights are still dextrous enough to run through the ruin of a shattered city, leaping from pillar to spar as their arcane weapons bring oblivion to the enemies of the Aeldari.

Dominating the tabletop, the Wraightknight is an enormous model, standing almost 9” tall at its highest point at the top of the Warp vanes. There are a variety of different armaments available to this kit. Its left arm can be equipped with either a wraithcannon or a scattershield. The right arm has a choice of wraithcannon, ghostglaive or suncannon. There are two of each of the following secondary weapons: shuriken cannon, a scatter laser and a starcannon, These are shoulder mounted and can be taken in any combination. As if that wasn't enough, there are a variety of closed and open fists, allowing you even more options for customization.

This multi-part plastic kit contains 114 components with which to make one Aeldari Wraithknight.