Call of Cthulhu: Gateways to Terror 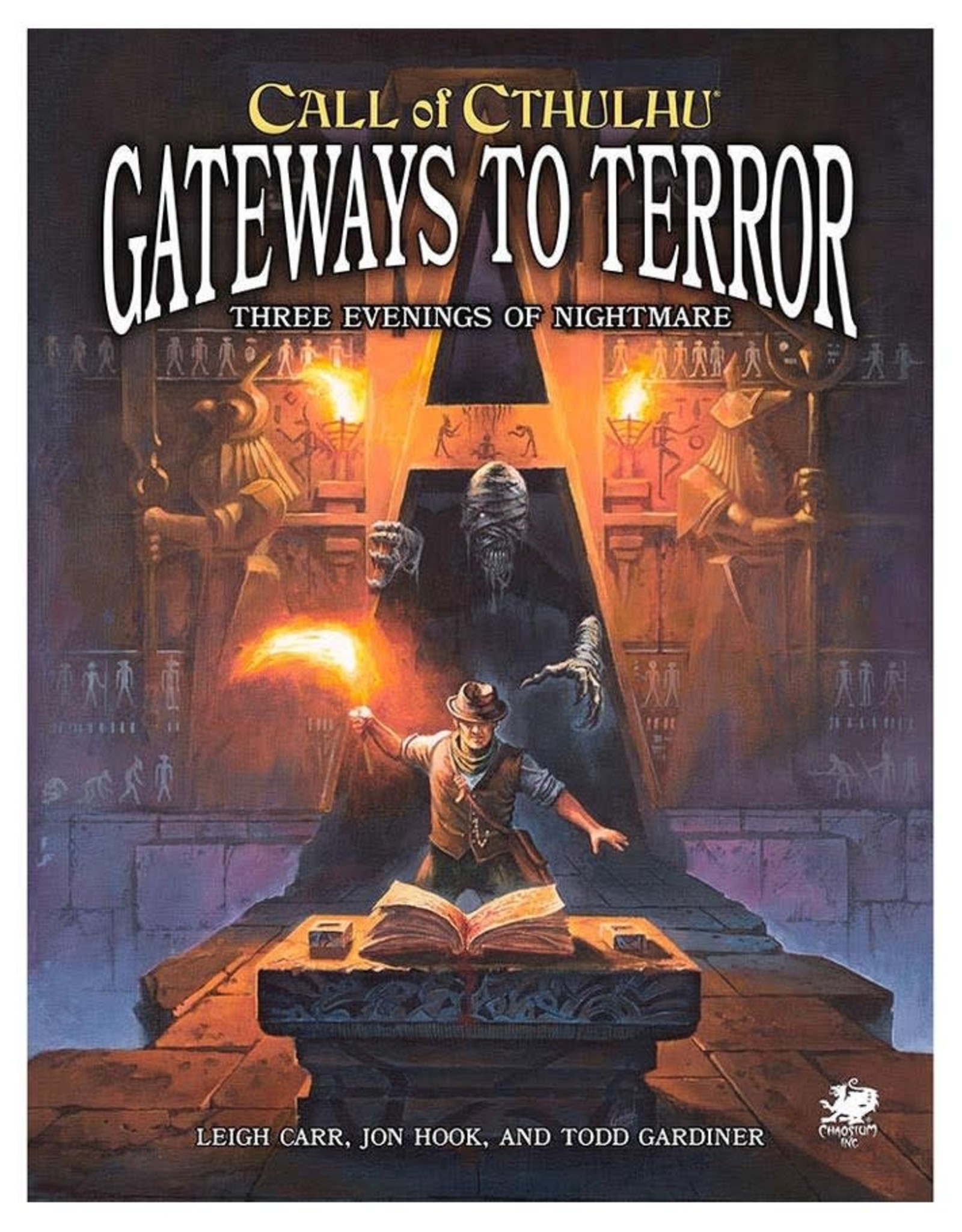 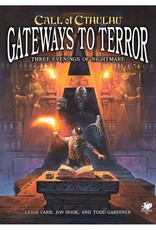 Gateways to Terror contains three short-play scenarios for the Call of Cthulhu 7th Edition roleplaying game, ideal for beginners and experienced players and Keepers alike. Originally, all three—The Necropolis, What's in the Cellar? and The Dead Boarder—were designed as demonstration games to give a taste of the game's core motifs—mystery, investigation, and horror—for those with limited time. The scenarios can be played in as little as one hour but can be expanded for slightly longer play, and each comes with four ready-made investigators so you can jump right into the action! Each scenario includes hints and tips for Keepers new and old, suggestions for additional investigators for larger groups, and a summary of the key rules needed to play.

The Necropolis
What ancient horrors lie slumbering in a newly discovered tomb deep in Egypt's Valley of the Kings? Are you allowing local superstitions and the unfortunate events surrounding the opening of Tutankhamen's tomb to play on your mind as you wait to step down into the darkness…

What’s in the Cellar?
Did a respected businessman really commit the bloody murder of his beloved wife in the cellar of the family's ancestral holiday cabin? While the body has never been found, it seems like the criminal has been caught. Is a terrible injustice abut to be served? Just what happened in that cellar?

The Dead Boarder
And, what has happened to that nice, quiet neighbor of yours? You’ve not seen hide nor hair of him in days! He wasn’t always the friendliest of sorts, but he did seem very pious, what with all the late-night prayers coming from his room…