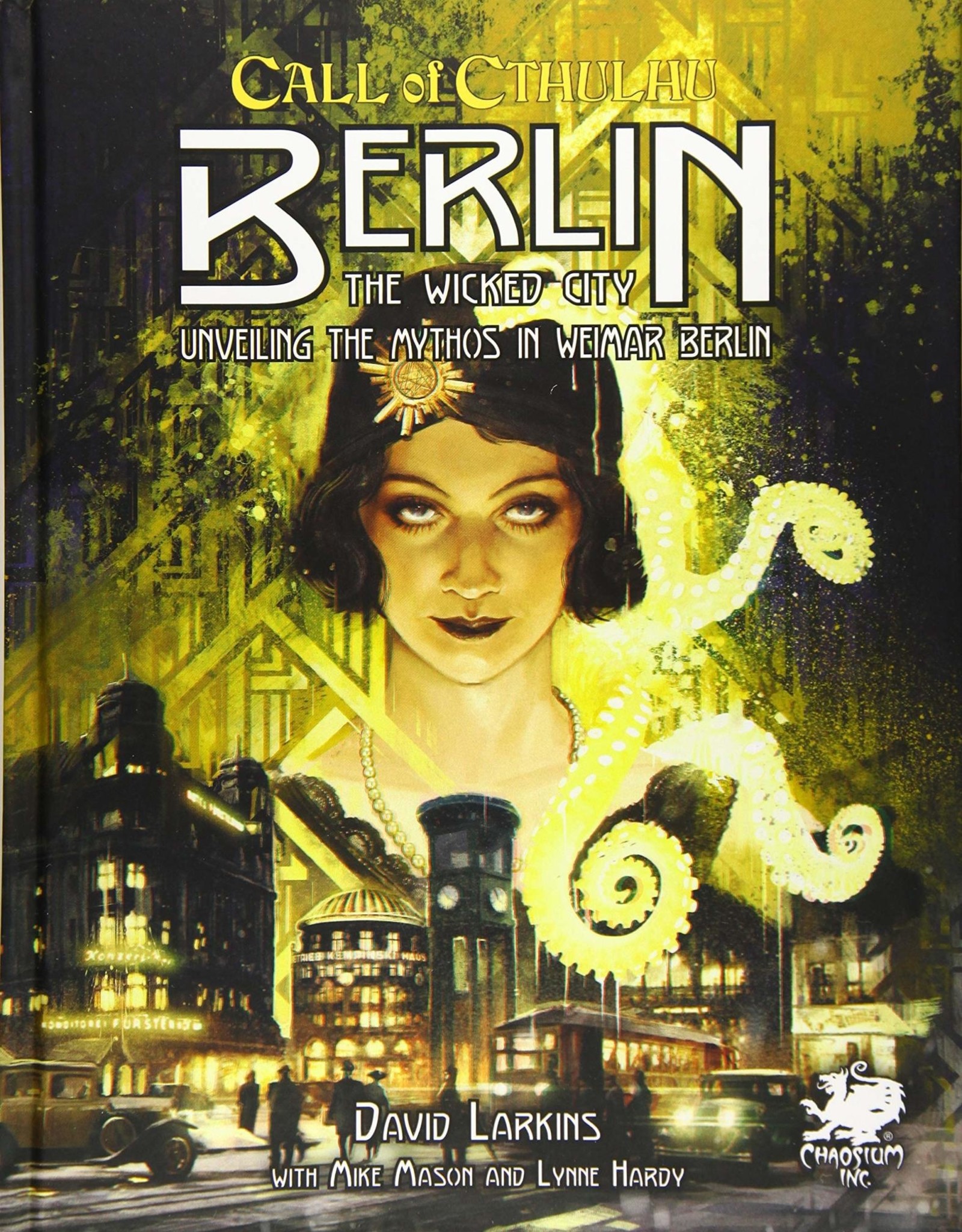 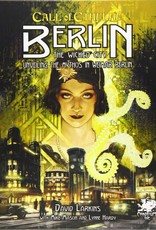 The Wickedest City on Earth In the aftermath of the Great War, Berlin maintains a reputation for licentiousness. A place where anything can be had for the right price. It is a city of both hedonism and business; its streets overflow with disabled veterans, prostitutes, destitute immigrants, and political agitators all rubbing shoulders with buttoned-down businessmen, scholars, and artists. The gutters run with the blood of political assassinations, where Communists and völkisch Nationalists clash with each other and the police. Long into the evenings, Berlin s world-famous cabarets offer music, dance, and titillating entertainment in stark contrast to the gray buildings that run on for endless miles along the sprawling city s byways. Into this bubbling stew, Berlin: The Wicked City introduces the weird elements of the Cthulhu Mythos a hotbed of secret organizations, sinister cults, and half-whispered lore. Amid the wicked air of the world s capital of sin, the very nature of what it means to be human is questioned. And as the city hurtles toward its inevitable dark destiny, the oppressive atmosphere pushes the sanity of investigators to its breaking point. This book presents an overview of 1920s Berlin as it would be experienced by visitors and residents of the time. Guidelines are presented for creating investigators for Berlin-centric campaigns, as well as investigator organizations to help bind groups together. Find notable personalities, key locations, and a system for generating details of the urban landscape on the fly. With the city s crime and punishment, underworld, and high culture detailed, the tools provided help the Keeper gain an understanding of what makes Berlin unique and dangerous. Three scenarios, spanning the history of Berlin between the end of the Great War and the rise of Adolf Hitler and the Nazi Party, contain colorful details of Berlin and its inhabitants, and may be run as stand-alone adventures or linked together to form a mini-campaign. In The Devil Eats Flies, Germany teeters on the brink of economic ruin and political chaos. The ghost of a madman stalks the city, turning its own citizenry against itself. To stop a demonic spirit and save a Russian princess in exile, the investigators must strike a bargain with other sinister forces and ask themselves: who else are we prepared to see die in order to save the city? Dances of Vice, Horror, and Ecstasy takes place in the city s golden years, when Berlin becomes superficially stable and prosperous again. A bungling sorcerer, a debauched dancer, and a strange cult of gnostic Saturn-worshippers threaten to put all of that to an end and turn Berlin into a pit of madness and depravity. Schreckfilm sees Berlin racing toward its grim future. The investigators come face to face with a shadowy cabal of the city s movers and shakers, determined to turn the city s world-famous film industry toward ill ends. Trapped in a labyrinth of their own making and hounded relentlessly by dark forces beyond their ken, the investigators must confront the fundamental question of what is real and what is illusion. For Mature Readers This book deals with mature themes, including drugs and sex, and is intended for mature players. This supplement is best used with the CALL OF CTHULHU (7th Edition) roleplaying game and optionally PULP CTHULHU, both available separately.