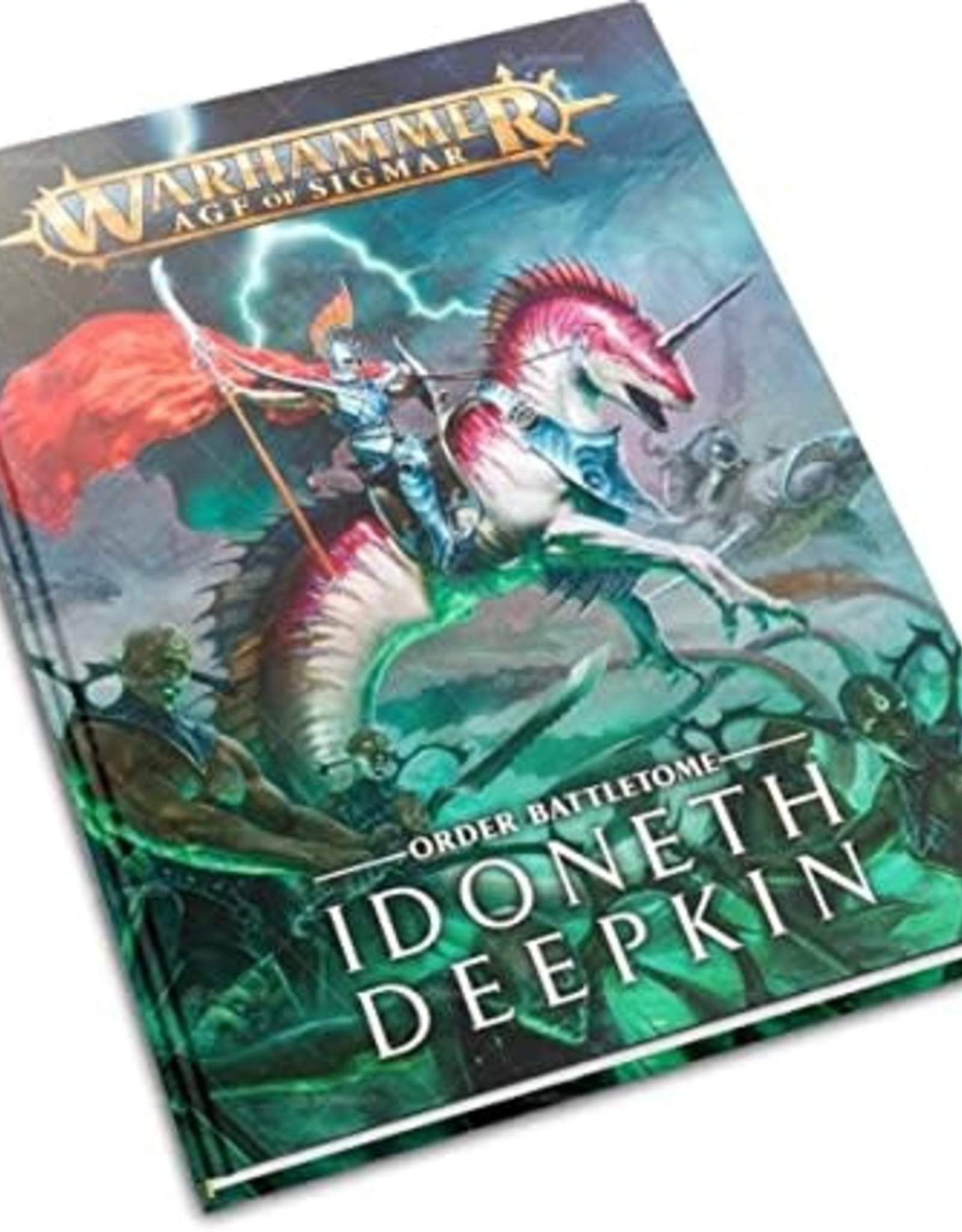 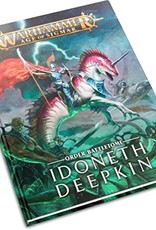 From out of blackness they come, emerging from the depths of the realms’ seas upon a surging tide of magic. These merciless raiders do not seek merely to slaughter or enslave, however, for they are the Idoneth Deepkin – they have come to take their victims’ very souls. They bring with them the magic of their kingdoms, an ethersea of roiling currents and crushing pressures. In their passing, the Idoneth leave ruin, death and sleepers that will never awaken – victims whose souls have been stolen. Retreating beneath the waves, the Idoneth return to the utter isolation of the depths.

- A Strange Genesis: the origins of the Idoneth Deepkin, the aelven raiders who lurk in the deepest oceans, avoiding the predations of Slaanesh and the dismal fate that hangs over their entire race;
- The Great Emptiness: the story of the manner in which Idoneth Deepkin scrabble for survival – their offspring mostly born soulless, they raid above land to steal souls and keep themselves from extinction;
- The Deep Places: the secluded strongholds amongst the fathomless depths which the Idoneth Deepkin call home, and the expansion of their submerged cities;
- The Idoneth Deepkin At War: how this race fights, and the signs that their armies are about to rise, along with descriptions of their bond-beasts;
- Underwater Empires: a timeline of significant events and battles in their history, from the Age of Myth to the Age of Sigmar – and the stirring of Slaanesh;
- Descriptions of the Idoneth Enclaves, with an overview of their caste system and in-depth details of their military structure;
- A guide to the Whirlways, realmgate routes from which the Idoneth Deepkin launch their raids;
- Explanation and background of each character and unit available to an Idoneth Deepkin army;
- A showcase of beautifully-painted Citadel miniatures, with an example army and comprehensive painting advice from the experts, including stage by stage examples of painting skin, blades, sea detritus and creatures, scales, and helmet crests. Along with this are colour schemes and guides to painting 6 named Enclaves: Ionrach, Dhom-Hain, Fuethán, Mor’phann, Nautilar, and Briomdar.

All the rules you need in order to get your Idoneth Deepkin army ready for the gaming table are here:

- 14 Warscrolls, covering every miniature in the Idoneth Deepkin faction, including a Warscroll for the Gloomtide Shipwreck scenery piece;
- Allegiance Abilities representing the Idoneth Deepkin’s methods of war – including Command Traits, a Tides of Death table which introduces new abilities in each round, and 4 different types of Artefacts of Power;
- Lore of the Deeps: a selection of spells usable by Idoneth Deepkin wizards;
- Abilities, Warscroll Battalion rules, magic and Command Traits for the following 6 Enclaves: Ionrach, Dhom-Hain, Fuethán, Mor’phann, Nautilar, and Briomdar;
- 3 Battleplans , including objectives for both sides, deployment map, special rules and victory conditions;
- Idoneth Deepkin tactics: advice on advanced tactics that suit this army’s play style;
- Rules for creating an Idoneth Deepkin warband to use in a Path to Glory campaign, including a Followers Rewards Table, a Champion Rewards Table and a Path to Glory Battleplan;
- 6 Warscroll Battalions conferring advantages for fielding certain combinations of models;
- Pitched Battle Profiles for all units featured in this Battletome, including unit sizes, points values and battlefield roles.