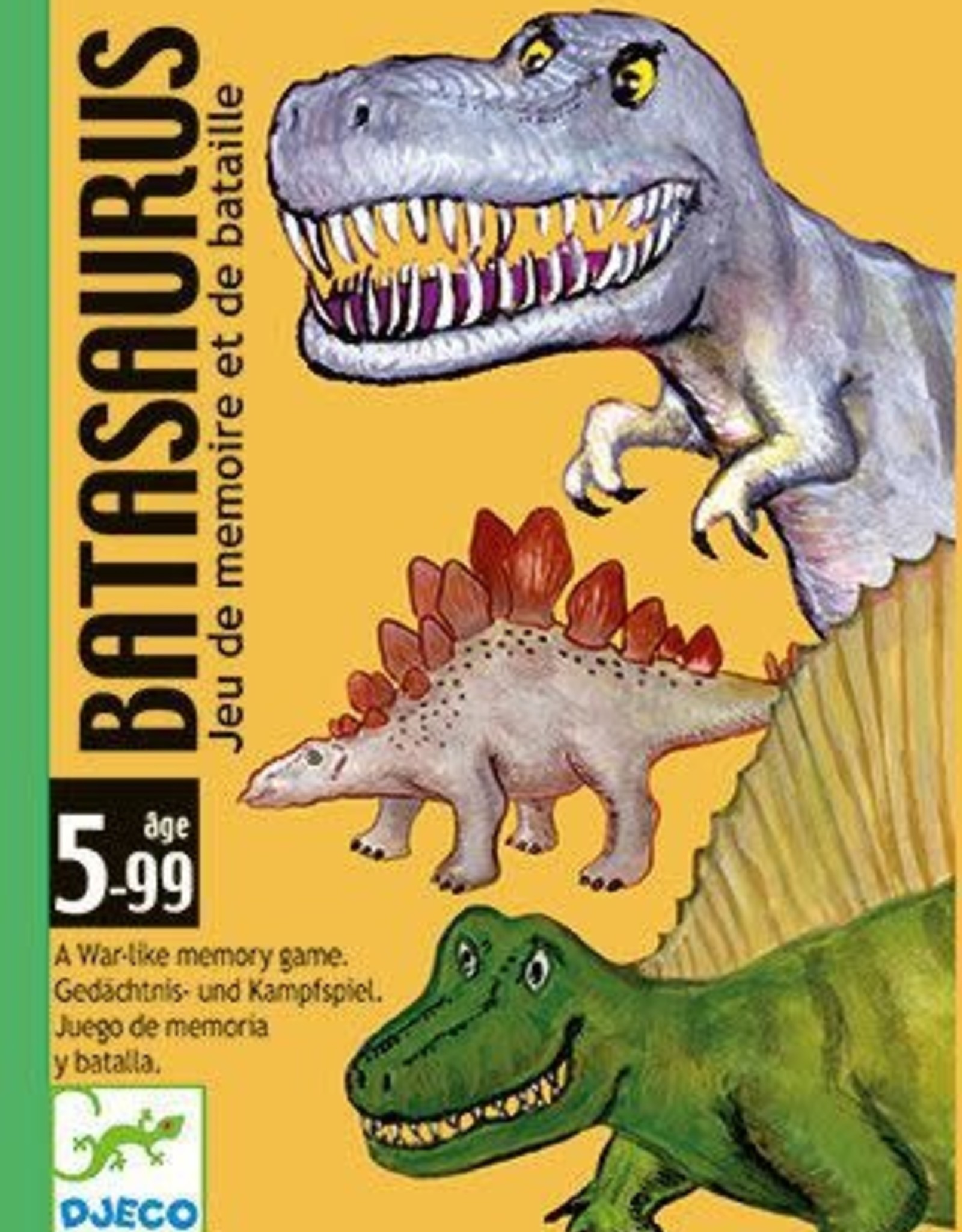 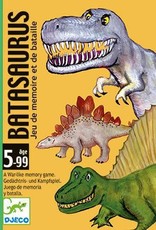 A memory game played like “Battle”: In this game, each player receives the same cards: dinosaurs of increasing strength numbered from 1 to 12. Players shuffle their cards, lay them out face up on the table in front of them, memorise which card is where, and then turn them all face down.
The first player chooses one of his cards which he lays down in the middle of the table. In turn the other players choose one of their cards to try to win the trick. The highest dinosaur wins the all the cards from that trick. When all of the cards have been played, whoever has won the most cards wins the game.