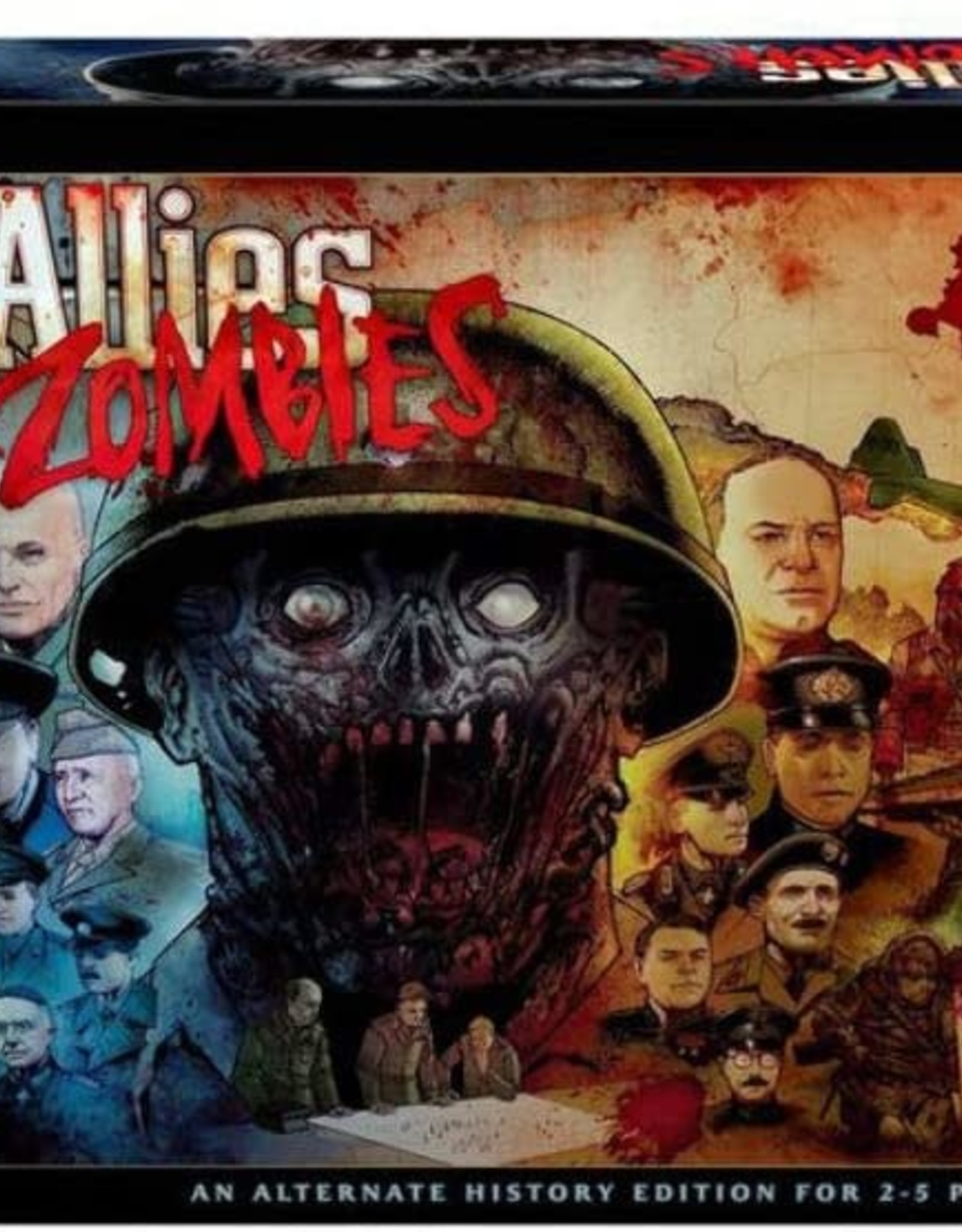 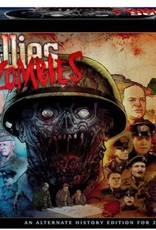 Fighting a world war is hard enough without a zombie curse.

It is 1941, and the world is at war. The Axis war machine is crushing everything in its path, while the Allies are rallying together to mount a heroic stand.

And then zombies show up.

As the commander of one of the five major powers, you are charged with planning a strategy to win the war. But each battle provides more fresh corpses for the flesh-eating hordes, and the problem is getting out of hand. With your human enemies on one side, and the ravenous undead on the other, it is time to ask yourself, “Do I invest in tanks or chainsaw tanks?”

Also includes an 80-card expansion deck for the Axis & Allies 1942 board game!

“Overall, Axis & Allies & Zombies is such a fun idea we are surprised they didn’t come up with it sooner.” – Starburst

“So how does the classic game of World War II strategy hold up with the added weight of the undead? Amazingly well, it turns out. The $40 package provides for hours of entertainment and has tremendous replay potential… Axis & Allies & Zombies comes highly recommended. It’s simply a tremendous value and a novel new engine for generating alternate history at the table.” – Polygon

“Axis & Allies & Zombies offers an incredible entry point to the genre and the series for new fans, compelling and interesting mechanics for experienced players, and a fantastic way to introduce this storied series of games to a brand new audience.” – Geek & Sundry

“Wizards of the Coast and Avalon Hill have taken the classic 10-hour standoff classic known as Axis & Allies and modified it with a taste of revisionist history to ask the question, “What if zombies were around during World War II?” What we get is probably one of the most interesting versions of the game I have played in my life.” – Bleeding Cool