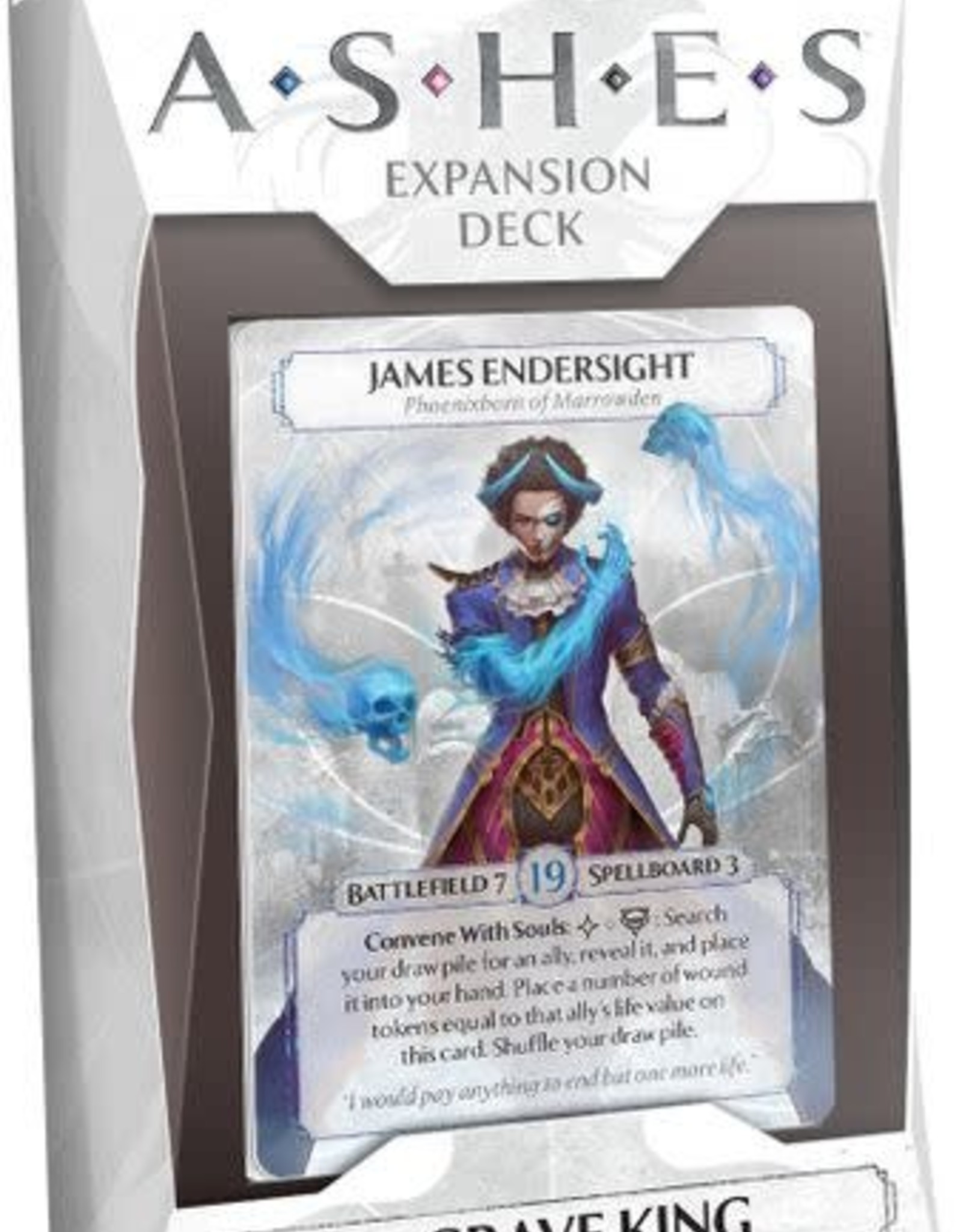 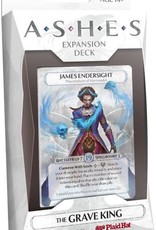 James Endersight is no stranger to suffering, and his resolve has been steeled by the losses he's endured. The Phoenixborn of Marrowden, available in the Ashes: The Grave King expansion, leads an army of undead allies into battle in order overwhelm his enemies and claim dominion over all of Argaia. As his foes are twisted by Endersight's dark magic, they eventually join the ranks of his shambling hordes as they march towards the next battle. Call upon powerful Ceremonial and Divine magic to lead your undead forces in the name of the Grave King!