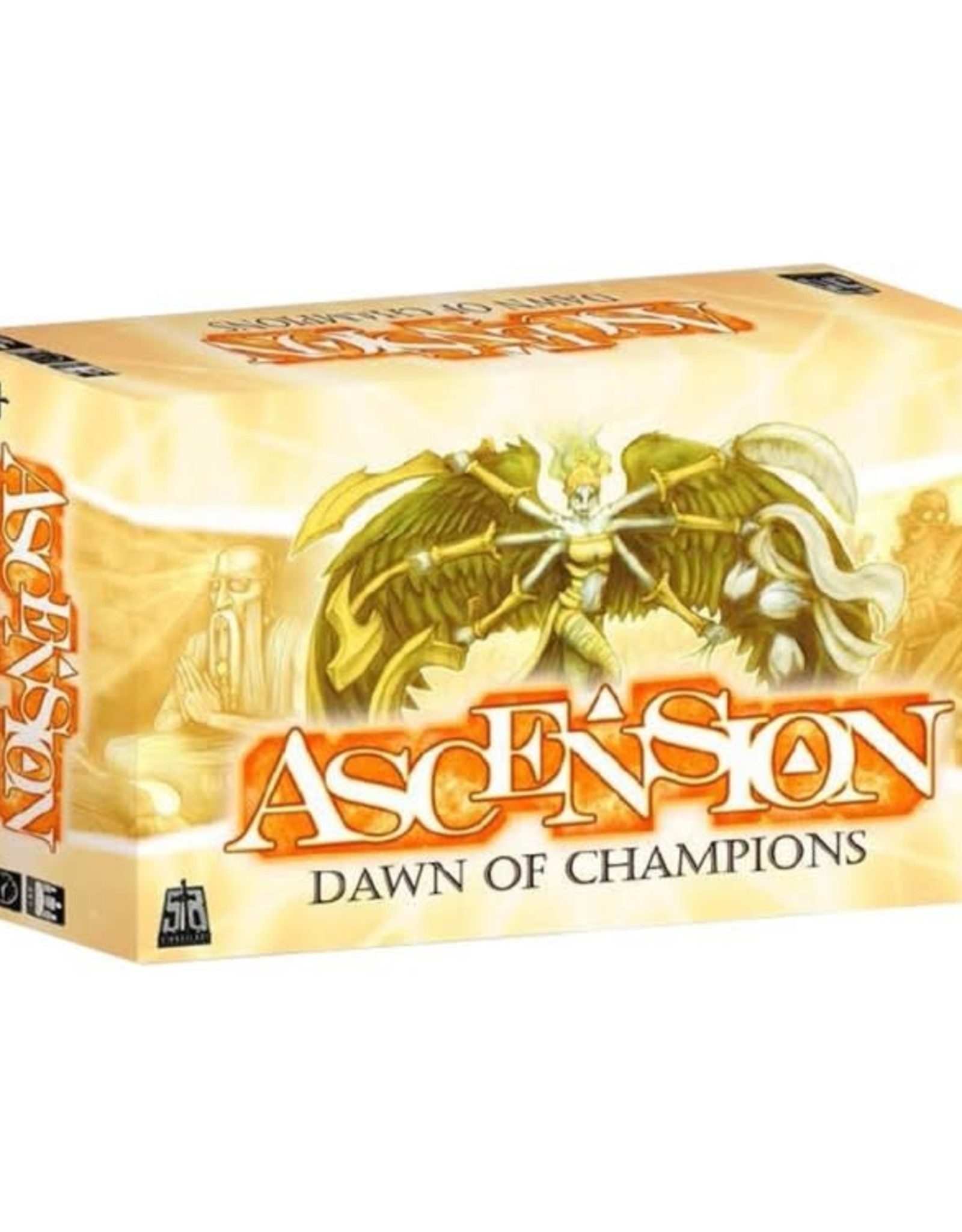 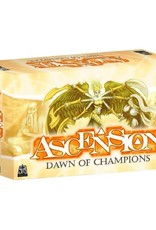 Where there were once six realms, now only a single remains: New Vigil. Take on the role of your faction's Champion and guide them to victory in this world of new alliances and ancient foes.

New Champion cards let you play as a faction leaders, building your reputation to unlock powerful cards and effects. There are also exciting new Multifaction cards to acquire and defeat, including Constructs and Monster!

Ascension: Dawn of Champions can be played as a standalone game or be combined with other Ascension games!
2-4 players
Ages 13+
30 minute play time