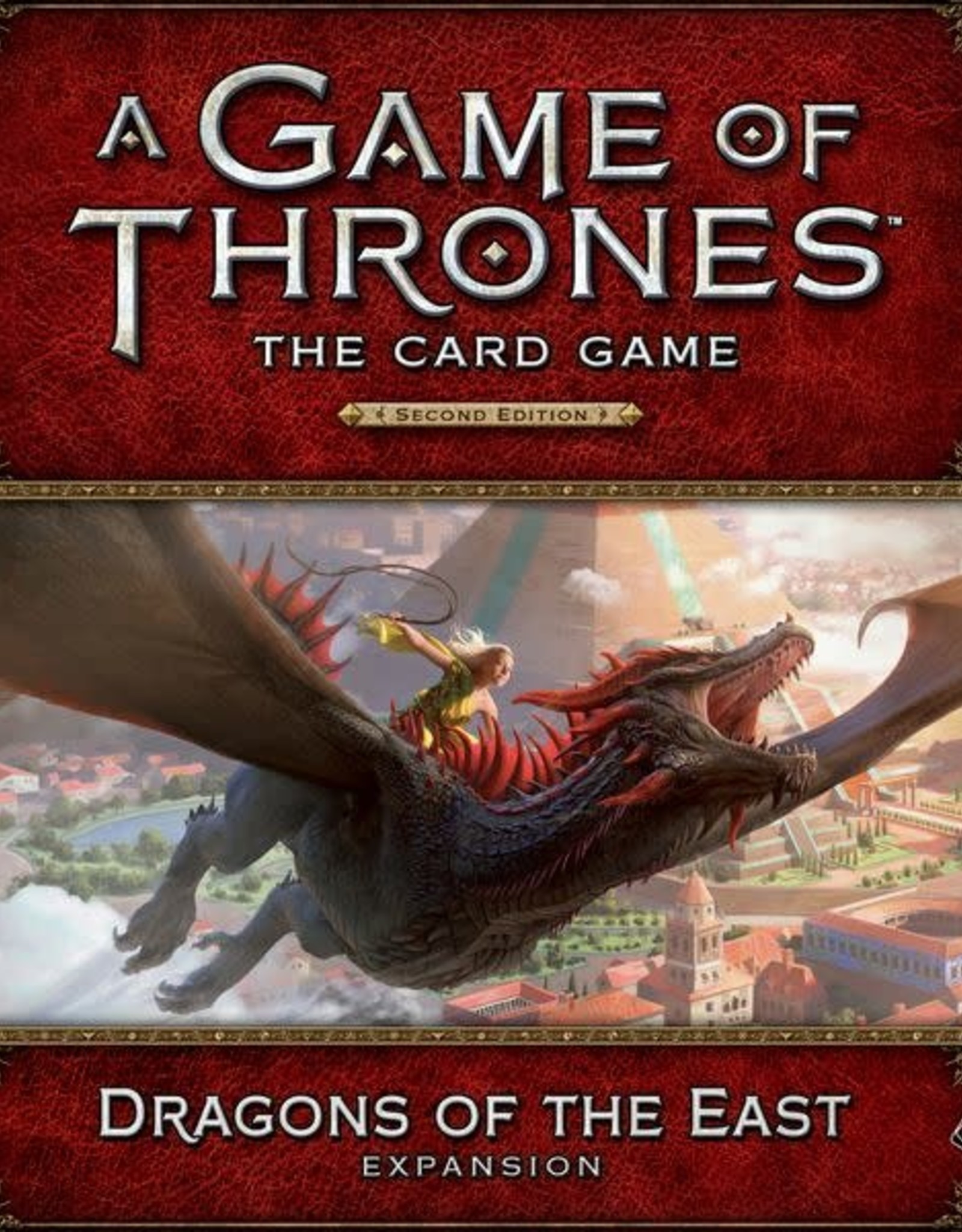 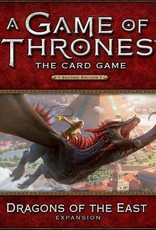 From the ashes of Robert's Rebellion, House Targaryen has risen to strength once more. An army of mercenaries, Unsullied, and Dothraki has assembled in Essos, prepared to sail for Westeros and reclaim the Iron Throne for Daenerys Targaryen. They will take the Seven Kingdoms, and all will kneel before the Mother of Dragons.

In the Dragons of the East deluxe expansion, House Targaryen rises to the fore with new versions of their most iconic characters, including Daenerys Targaryen, Khal Drogo, and three terrifying, fully grown dragons. Of course, every other faction also receives two new non-loyal cards to swell their forces and help them explore new strategies against the Targaryens. With a wealth of neutral cards and plots rounding out the expansion, every faction has good reason to explore what awaits within Dragons of the East.