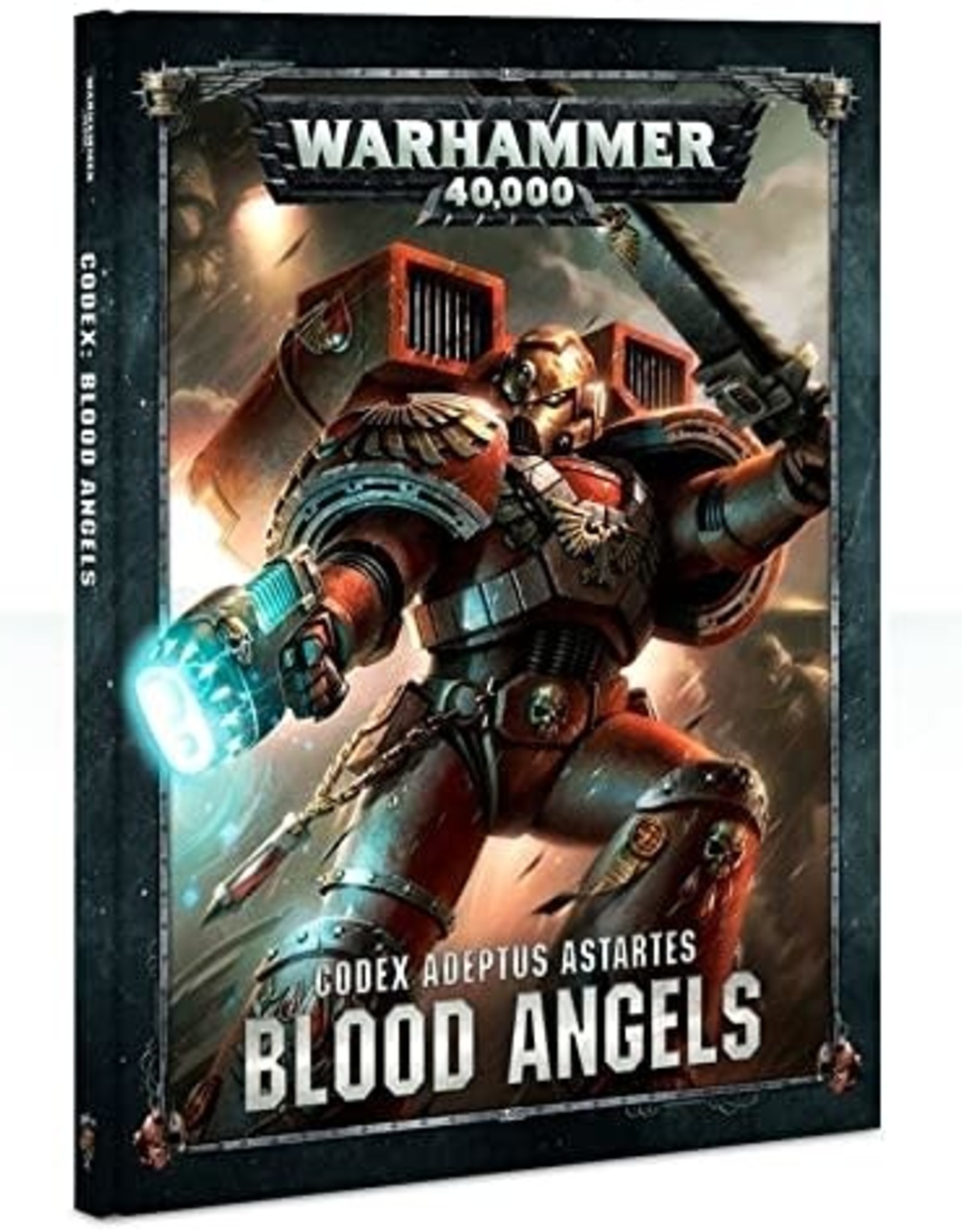 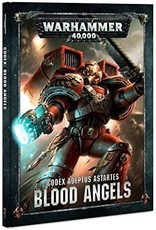 Sons of the angel-winged Primarch Sanguinius, the Blood Angels are noble and magnificent, a proud Space Marine chapter with ten millennia of history. They are warrior heroes who descend into battle on flaming wings to stand between the Emperor’s servants and the heretical hordes that seek to destroy them. Yet beneath their heroic exterior lies a dark secret known as the Flaw, a gene-curse that has bedevilled them for millennia, ravaging their souls until they fight as much for a suitably heroic end as they do for victory in the Emperor’s name.

Codex: Blood Angels contains a wealth of background and rules – the definitive book for Blood Angels collectors. Within this 144-page hardback, you’ll find:

- The Angelic Host: the origin of the Blood Angels, the story behind their homeworld of Ball, the horror of the Flaw and the introduction of Primaris Space Marines to their ranks;
- Ordering the Host: a detailed breakdown of the Blood Angels’ Chapter organisation, their heraldries and vehicle markings;
- Colour schemes and heraldries for 8 successor Chapters: Angels Encarmine, Angels Sanguine, Flesh Tearers, Carmine Blades, Angels Vermillion, Blood Drinkers, Knights of the Chalice, and Lamenters;
- A Chronicle of Heroes: a timeline of major Blood Angels engagements, from the founding to the present;
- Background and details on each character and unit available to a Blood Angels army;
- A showcase of beautifully painted Citadel miniatures, with example armies featuring everything from individual images of models to battle scenes on terrain.

Everything you need to get a Blood Angels army primed for games of Warhammer 40,000 is in here: